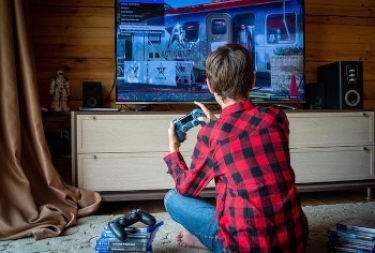 Image by Victoria_rt from Pixabay

Rockstar Games has revealed that an attacker breached its network and accessed early development footage of the next version of its well-known video game Grand Theft Auto 6.

In a statement, Rockstar said confidential information had also been taken by the attacker. "At this time, we do not anticipate any disruption to our live game services nor any long-term effect on the development of our ongoing projects," the company added.

Take-Two Interactive Software, the parent company of Rockstar, issued an SEC filing notifying its investors of the attack.

A Message from Rockstar Games pic.twitter.com/T4Wztu8RW8

Images and videos from the stolen material appeared on the Internet over the weekend.

An individual who claimed to be behind the theft posted about 90 video clips on the messaging app Telegram and claimed to also be in possession of source code.

Though Rockstar issued DMCA notices to both Twitter and YouTube seeking to have the stolen material taken down, the material has spread across the net and keeps surfacing in one forum or another.

GTA 5 was the second best-selling game of all time, with 165 million copies sold.

Commenting on the incident, Claire Tills, a senior research engineer at security firm Tenable, said: “There isn’t enough information available to reasonably conclude that LAPSUS$ is behind the Rockstar Games leak. While the attacks linked to LAPSUS$ and the incident at Rockstar share tactics, they are relatively simple ones which isn’t a very convincing connection."

In July, Tills wrote a detailed research note on Lapsus$ which has carried out a number of attacks this year.

“Mimicking tactics is relatively common among threat actors. In the aftermath of LAPSUS$’s flashy rise to infamy and then sudden quiet period, ransomware and extortion actors have sought to emulate their tactics because, frankly, they worked," Tills said.

“Threat actors focus on opportunistic data theft and threats to publicly release the stolen data, attempting whatever tactics they deem necessary to put pressure on the victim to pay up, such as threatening customers, partners, insurers, investors and courting attention from the news and social media.

"In the case of Rockstar Games, the attacker is threatening to leak more Grand Theft Auto content, which Rockstar can allegedly prevent if it pays up.”

Sophos principal research scientist Chester Wisniewski said: "It’s unclear what the initial compromise was at Rockstar Games at this time, but someone claiming to be the same hacker as Uber has been posting in-game footage and claiming the attack began with a social engineering attack, similar to the attack on Uber.

"This is unsurprising as it is an incredibly effective technique for initial compromise and takes advantage of the trust placed in privileged insiders."

More in this category: « Barracuda bolsters its Zero Trust Access solution with integrated web security functionality Uber admits breach, says it was effected through contractor's credentials »
Share News tips for the iTWire Journalists? Your tip will be anonymous