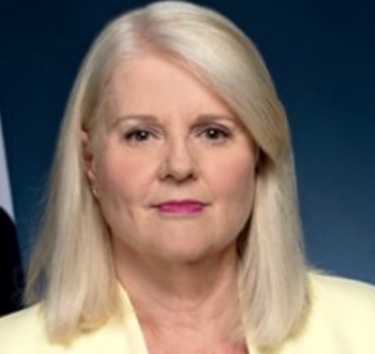 The Federal Government will make it compulsory for businesses that have an annual turnover of $10 million or more to report ransomware attacks, Home Affairs Minister Karen Andrews says.

In a statement on Wednesday, Andrews said the reporting regime was part of a plan — called the Ransomware Action Plan — to protect Australians against ransomware.

The government will also introduce new criminal offences and tougher penalties as part of the plan. However, there is no date given for the Plan to take effect.

She said the government did not condone the payment of ransoms. Attackers who use ransomware to attack companies or individuals generally exfiltrate some data before they encrypt files on the system.

A ransom note is then generated and appears on the victim's desktop. All ransomware attacks so far have affected systems running Microsoft's Windows operating system.

Andrews said the government's opposition to payment of ransoms was tied to the fact that "there is no guarantee hackers will restore information, stop their attacks, and not leak or sell stolen data".

She claimed Australians would be better protected once the plan took effect. “Ransomware gangs have attacked businesses, individuals and critical infrastructure right across the country,” Andrews said.

“Stealing and holding private and personal information for ransom costs victims time and money, interrupting lives and the operations of small businesses.

“That’s why the Morrison Government is taking action to disrupt, pursue and prosecute cyber criminals. Our tough new laws will target this online criminality, and hit cyber crooks where it hurts most – their bank balances.”

The Plan envisages the following:

Andrews said the government would consult the community, industry and interested stakeholders on the reporting regime and the new offences.

One of Australia's big four banks, National Australia Bank, has welcomed the Plan. Patrick Wright, NAB Group executive Technology and Enterprise Operations, said in a statement: "NAB continues to play an active part in supporting the Federal Government in its efforts to protect Australians from cyber threats.

“We know the cyber threat landscape is ever evolving and the volume of threats, including ransomware attacks, particularly on our business customers, continues to increase year on year. We’re pleased to see the measures introduced in the action plan for tougher penalties, in an effort to deter bad actors.

“Mandatory reporting of ransomware attacks will provide a more fulsome picture of the impact cyber crime is having. Business and government co-operation is crucial to expand our knowledge and understanding of the threat landscape.

“We’re committed to help our business customers of all sizes combat ransomware and its effects.”

More in this category: « Microsoft patches 71 flaws, including one zero-day Sydney Trains picks Ipsotek to improve its security »
Share News tips for the iTWire Journalists? Your tip will be anonymous