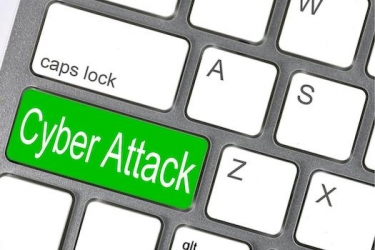 With tensions mounting in Ukraine, the New York Department of Financial Services and the European Central Bank are alerting governments, businesses, and financial institutions to prepare for a possible state-sponsored cyber attack from Russia.

Similarly, the British National Cyber Security Centre is warning large organisations to assess and enhance their security posture, while the Ukrainian state security service says Russian intelligence services was directly behind a coordinated series of attacks on Ukranian websites.

While Emmanual Macron strives to mediate on the scene, advisors and experts around the world are anticipating the toll of conflict on the region will lead to significant financial ramifications and accelerated cyber attacks particularly if the United States issues sanctions against Russia.

The European Central Bank is actively educating and assessing banks about their preparedness for cyber attacks, with banks actively engaging in simulated cyber attacks and performing penetration testing.

Russia denies involvement in state-sponsored cyber attacks, however, the United States Government has previously blamed Russia for the NotPetya cyber attack in 2017 as well as a carefully-constructed supply chain attack on SolarWinds, in which its tooling was breached and malicious code inserted into its products. This breach then provided the perpetrators access to the internal computer networks of significant large businesses and government agencies.

The concerns about Russian-sponsored cyber attacks are echoed by the Department of Homeland Security who state “Russia maintains a range of offensive cyber tools that it could employ against US networks.”

"We assess that Russia would consider initiating a cyberattack against the Homeland [i.e. against the United States] if it perceived a US or NATO response to a possible Russian invasion of Ukraine threatened its long-term national security,” the department said.

Security experts warn such a cyberattack would not only include the takedown, defacement, and breach of websites and computer networks; it would also involve a propaganda campaign. Experts state Russian military doctrine includes a concept of information confrontation whereby doubt arises over what is true. Such manoeuvres are conducted in the press and on social media.