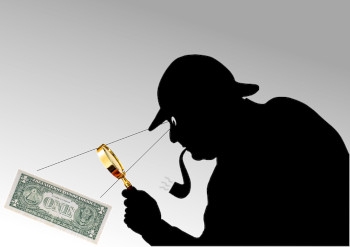 Germany's tech watchdog says it has seen no evidence to back up claims being flung around that Chinese telecommunications equipment firm Huawei Technologies could use its products to spy for China.

The head of the Federal Office for Information Security, Arne Schoenbohm, told the news weekly Spiegel: "For such serious decisions like a ban, you need proof."

According to the website Phys.org, Schoenbohm said experts from his agency had inspected Huawei products used in other countries.

They had also spent time at the company's newly open laboratory in Bonn where German companies can inspect the cyber security measures adopted and the software used in the equipment.

In 2015, The Guardian reported that the top American spy agency, the NSA, had been spying on German Chancellor Angela Merkel and her closest advisers for years.

The US has banned the use of Huawei equipment in its 5G networks, claiming that the company can be a conduit for spying by Beijing. Huawei has repeatedly denied that it can be forced to indulge in espionage.

Australia and New Zealand have both followed the US lead and banned Huawei from roles in their respective 5G rollouts.

Last month there were reports that the US was stepping up the pressure on its allies to give the cold shoulder to the Chinese firm which is the world's biggest supplier of telecommunications equipment.

Last Thursday, the Japanese news agency Nikkei reported that the SoftBank Group planned to replace 4G network equipment from Huawei with equipment from Nokia and Ericsson.

Huawei has been thrown into the centre of the ongoing US-China trade row after its chief financial officer, Meng Wanzhou, was arrested by Canada on 1 December, due to her alleged involvement in sanctions busting through the sales of US products to Iran.

US President Donald Trump has said he may use Meng as a bargaining chip to obtain a better deal with China.

More in this category: « Israeli start-up begins ID trial with Germany's Veridos Eclypsium demonstrates the remote bricking of a server »
Share News tips for the iTWire Journalists? Your tip will be anonymous