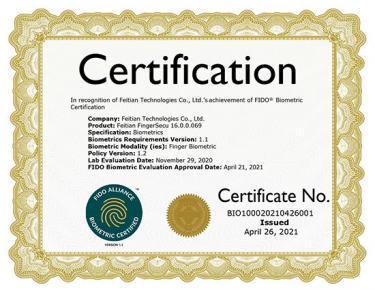 FEITIAN has been developing security key and smart card devices to achieve the highest standards of hardware-based passwordless authentication and has now become the world’s first vendor of its kind to achieve the FIDO biometric component certification, an essential requirement to qualify for FIDO level 3 and higher certification.

FEITIAN Technologies was founded in 1998, is a member of the Microsoft Intelligent Security Association (MISA), a FIDO Alliance board member, and a Technology Partner with Google. The company has over 1,000 employees with over half focused on research and development. Its products are in use in over 150 countries across the enterprise, government, financial, telecom and education.

FIDO devices like the FEITIAN product range provide secure hardware-based authentication to protect online identities. Sure, you could use a password - and the same one over and over, or trust an SMS-based one-time code, or you could reduce your complexity while increasing your security with a hardware security key you carry with you. This is the highest level of security, recommended by the likes of Google for those who care about protecting their online identity in general, or those at risk of persecution or worse such as whistleblowers, or activists and journalists in oppressive regimes. The best practice is to have at least two, to ensure you have a backup.

Fortunately, such devices are reasonably inexpensive and tiny enough to carry, while also supporting your smartphone, tablet, desktop, and laptop in one form factor. 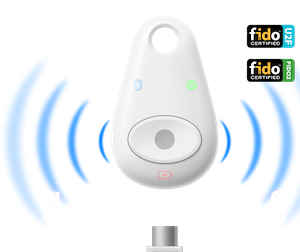 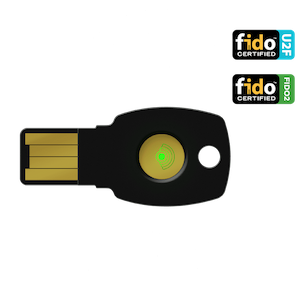 FEITIAN's announcement means its fingerprint biometric module is now certified as a component of the company’s already FIDO Certified security keys and smart cards. This represents the first and the only security key or smart card module with Fingerprint Biometrics capabilities that passed the FIDO Biometric Component Certification Program, proving FEITIAN has the ability as well as strength to provide a best-in-class security solution in the field of multi-factor authentication.

Biometrics means you can rely upon facial recognition, iris scanning, and fingerprint matching to validate your identity instead of passwords.

"We are pleased to announce this industry-first certification for the fingerprint biometric component which is already being used in a number of FEITIAN security key and smart card products. The certification is a testament to the security, reliability, and accuracy of our products", says Mr Yan Yan, Vice President at FEITIAN.