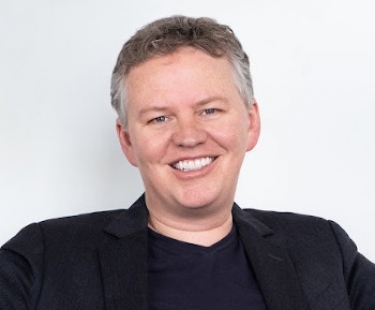 Matthew Prince: "...don’t worry, this is one thing that does not need to get added to the list of craziness that has been 2020." Supplied

The outages experienced by many companies in the US on Tuesday (Australian time) were apparently due to T-Mobile making changes to its network configuration resulting in a series of cascading failures for its users which affected both voice and data networks, the chief executive and co-founder of web-infrastructure and website-security company, Cloudflare claims.

Matthew Prince said in a series of tweets that this resulted in many users complaining on Twitter and other forums that they could not reach popular forums.

"So now people are looking around for an explanation and they stumble across sites like the Arbor Networks attack map," Prince said. "It looks terrifying today! Thing is, it always looks terrifying. It’s a marketing gimmick put up to sell DDoS mitigation services so that’s not surprising."

T-Mobile chief executive Mike Siewert made no mention of the configuration issues in a short post he made on the company's website at 8.45pm PST on 15 June (1.45pm AEDT on 16 June): "Starting just after 12 pm ET (3am AEDT on 16 June) and continuing throughout the day, T-Mobile has been experiencing a voice and text issue that has intermittently impacted customers in markets across the US," he wrote.

"We are recovering from this now but it may still take several more hours before customer calling and texting is fully recovered. Neville Ray has shared updates throughout the day but I wanted to share the latest on what we know and what we’re doing to address it.

From @Cloudflare’s vantage point, we can see a number of things that show there is no massive DDoS attack. First, traffic from WARP to supposedly impacted services is normal and has no increase in errors. 5/X pic.twitter.com/vGPcWAaRgn

"This is an IP traffic-related issue that has created significant capacity issues in the network core throughout the day. Data services have been working throughout the day and customers have been using services like FaceTime, iMessage, Google Meet, Google Duo, Zoom, Skype and others to connect."

Prince's explanation appears to be on the mark as there was not a single post about this so-called DDoS attack on the North American Network Operators Group mailing list – and any time there is a major outage due to a DDoS or other reason, like a BGP error, this group is full of chatter.

Second, there is no spike in traffic to any of the major Internet Exchanges, which you do see during actual DDoS attacks and definitely would during one allegedly this disruptive. 6/X pic.twitter.com/5zZCRwjsWo

Prince said that from Cloudflare's point of view, there were many things that showed there was no big DDoS attack. "First, traffic from WARP to supposedly impacted services is normal and has no increase in errors.

"Second, there is no spike in traffic to any of the major Internet Exchanges, which you do see during actual DDoS attacks and definitely would during one allegedly this disruptive.

"Finally, our team know the network operators at nearly all the other major Internet services and platforms and none of them are reporting anything anomalous."

He ended with a jab at T-Mobile, saying that nobody was having a bad day, "Except T-Mobile, which is having a bad day almost certainly entirely of their own team’s making. So, please, #hugops. And don’t worry, this is one thing that does not need to get added to the list of craziness that has been 2020."

Former NSA hacker Jake Williams told iTWire that it was just T-Mobile and then Down Detector showing false positives "because people were talking about the T-Mobile outage on other platforms and it became a self licking ice cream cone".

Williams, who now runs his own outfit, Rendition Infosec, said: "I haven't looked at the root cause inside of T-Mobile – other than some Duo issues, it didn't impact me or clients". Duo is enterprise multi-factor authentication that primarily uses push notifications but which could fall back to SMS depending on the configuration, he added.

Quotes in the last two paragraphs of this article were mistakenly attributed to British security expert Kevin Beaumont at the time of publication. The error is regretted and has been corrected.

More in this category: « Attackers give Lion deadline for paying ransom of US$800,000 Australia lags global spend on security, risk management »
Share News tips for the iTWire Journalists? Your tip will be anonymous