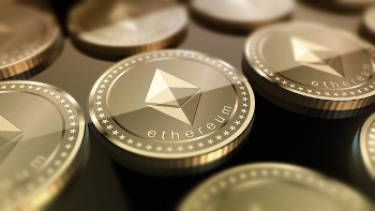 Image by Peter Patel from Pixabay

EtherCrash, which claims to be the "most established and largest gambling game for Ethereum", has had digital currency worth about US$2.5 million (A$3.5 million) stolen in what appears to be an inside job.

The company said in a notice [graphic below] on the proprietary freeware instant messaging and VoIP application and digital distribution platform Discord that its cold wallet had been compromised and two large withdrawals made.

Allegedly an inside job but reported as a hack so that’s what I’m sticking with for now..

A cold wallet is one that has never been connected to the Internet. Alon Gal, chief technology officer of cyber crime intelligence company Hudson Rock, posted the notice on Twitter.

EtherCrash provided the addresses to which the transfers were made and said it had changed its sweeping address.

"Our initial plan on repaying the investors of EtherCrash is not to take any commission and have these funds pay back the investors directly," the notice said, adding, "however this may take some time." 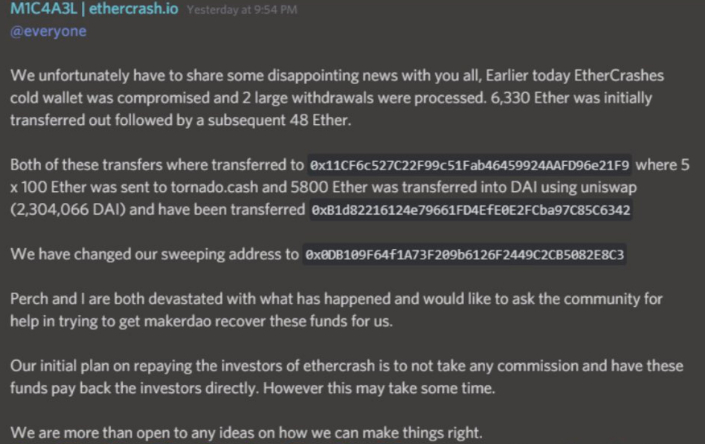 The company said it was open to ideas "on how we can make things right".

Asked whether there had been other thefts from EtherCrash, Gal told iTWire that he had been referring to other hacks at other companies in his tweet which read: "Another hack of around $2,500,000 happened today on EtherCrash."

He said he was referring to the attack at decentralised finance player Harvest Finance (see tweet below) which lost about US$24 million last week.

Another day another crypto hack.

$25,000,000 stolen from DeFi project “Harvest Finance” through a contract exploit.

Hacker gave back $2,500,000 and the project’s developers are offering $100,000 to track the thief, claiming he is likely a well known persona in the crypto world. pic.twitter.com/uwB4R6qfwU

More in this category: « Young Australians lose most to threat-based scams Nitro PDF maker hit by breach it says is 'isolated', sec firm claims otherwise »
Share News tips for the iTWire Journalists? Your tip will be anonymous