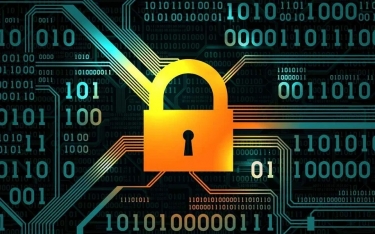 COMPANY NEWS: After findings revealed Australia and New Zealand to have been the target of more than 50 million distributed denial-of-service (DDoS) attacks between July and September 2021 alone, F5 has expanded its local DDoS protection services with the launch of two scrubbing centres to provide customers with real-time local protection, support, and expertise.

In response to growing demand across A/NZ, F5 continues to bolster its capabilities to help some of the region’s largest organisations, including banks, government agencies, and service providers significantly improve performance by protecting against the constant onslaught of attacks.

To effectively counter the increasing complexity and sophistication of DDoS attacks, the scrubbing centres alleviate threats with as little disruption as possible by analysing incoming traffic, identifying threats, and removing them.

Whether always on or on demand, the scrubbing centres analyse traffic to establish a normal baseline and are able to identify and mitigate attacks by detecting threats or traffic anomalies.

As part of F5’s global backbone, and in a further demonstration of investment into A/NZ as well as a broader strategy to prioritise Software-as-a-Service (SaaS) applications, the new scrubbing centres allow for increased DDoS protection without impact of incurring latency for A/NZ customers.

“We have dramatically increased our offerings and are excited to be able to provide customers in A/NZ efficient, cost-effective solutions that will enable them to deliver and protect applications without constraints,” said F5 ANZ regional vice president Jason Baden. “As organisations become larger and more distributed, they require consistent security, end-to-end visibility, and the ability to identify and respond to threats, while assuring protection for customers.”

July 2021 saw F5 mitigate large scale, multi-vector DDoS attacks, peaking at approximately 1.2 terabits per second (Tbps) – with the largest single attack peaking at 1.15Tbps. According to F5’s own data, the Asia-Pacific region experienced the most DDoS attacks from 2018 to 2021, as criminals focused their attention on markets such as A/NZ, which are viewed as easier and more vulnerable targets. The Asia-Pacific region continues to be a major source of malicious and threatening traffic. Coupled with the availability of DDoS tools, attacks are expected to increase in frequency and level of destruction.

F5 security solutions architect David Arthur, said, “Organisations have finite resources, and with the rate new technology is entering the market, A/NZ customers can use F5 security services to do the heavy lifting, freeing up valuable engineering resources to focus on delivering business value.”

F5 (NASDAQ: FFIV) is a multi-cloud application security and delivery company that enables our customers—which include the world’s largest enterprises, financial institutions, service providers, and governments—to bring extraordinary digital experiences to life. For more information, go to f5.com You can also follow on Twitter or visit us on LinkedIn and Facebook for more information about F5, its partners, and technologies.

F5 is a trademark, service mark, or tradename of F5, Inc., in the U.S. and other countries. All other product and company names herein may be trademarks of their respective owners.