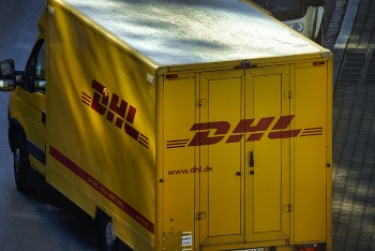 Image by Manuel Alvarez from Pixabay

Global logistics firm DHL was the most imitated brand in phishing attempts in the final quarter of 2021 tracked by the Israeli firm Check Point Research, with 23% of such emails containing a reference to the company.

A statement from the company said Microsoft was the second most imitated (20% of emails tracked), while WhatsApp was a distant third (11%). Microsoft has been at the top of this list for quite some time.

The other companies in the top 10 were Google, LinkedIn, Amazon, FedEx, Roblox, Paypal and Apple.

Check Point said in a brand phishing attack attackers attempted to imitate the official website of a well-known brand by using a similar domain name or URL and web-page design to the genuine site.

"The link to the fake website can be sent to targeted individuals by email or text message, a user can be redirected during web browsing, or it may be triggered from a fraudulent mobile application," the company said. 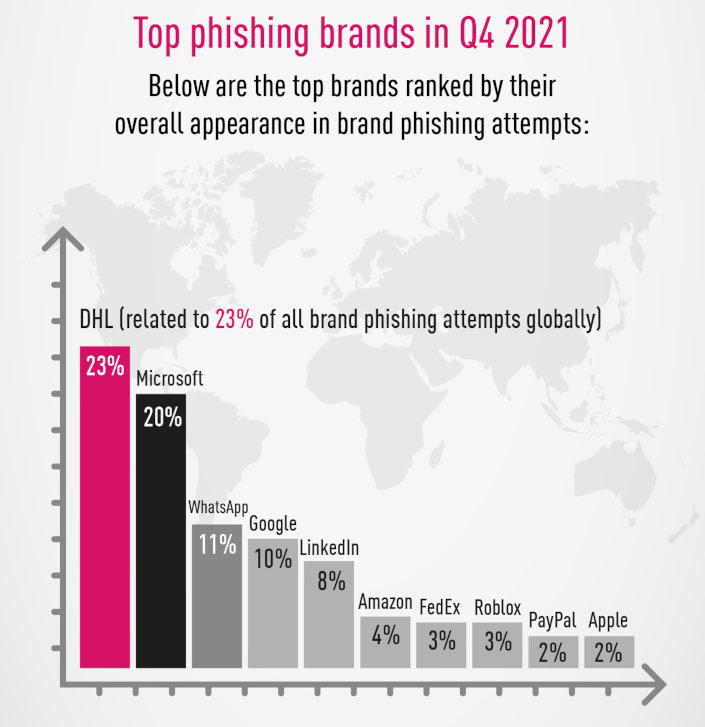 "This quarter, for the first time, we’ve seen global logistics company DHL top the rankings as the most likely brand to be imitated, presumably to capitalise on the soaring number of new and potentially vulnerable online shoppers during the year’s busiest retail period.

"Older users in particular, who are less likely to be as technologically savvy as younger generations, will be shopping online for the first time and might not know what to look for when it comes to things like delivery confirmation emails or tracking updates.

"Further, the rise in COVID cases has people relying on the shipping service more, and cyber criminals are likely trying to capitalize on people choosing to stay indoors more."

Dembinsky the figures in the fourth quarter had confirmed what many people were expecting, mainly that social media would continue to be heavily targeted.

Bad actors were looking to take advantage of people using channels like WhatsApp, Facebook and LinkedIn as a result of remote working and other fallouts from the pandemic, he said.

"Unfortunately, there’s only so much brands like DHL, Microsoft and WhatsApp - which represent the top three most imitated brands in Q4 - can do to combat phishing attempts.

"It’s all too easy for the human element to overlook things like misspelt domains, typos, incorrect dates or other suspicious details, and that’s what opens the door to further damage. We’d urge all users to be very mindful of these details when dealing with the likes of DHL in the coming months.”

More in this category: « New features for ThycoticCentrify Secret Server US Windows ransomware attacks in 2021 little changed from 2020 »
Share News tips for the iTWire Journalists? Your tip will be anonymous