DDoS attackers turn their attacks back on security researchers 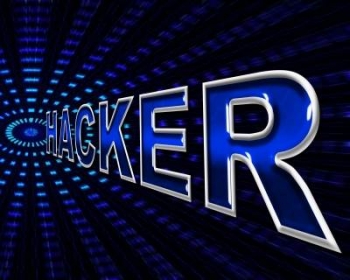 An attack research group was the number 1 target of DDoS in the first three months of this year, according to a new report by a US-based global security company, with a warning that the researchers and their related groups are fast becoming “high-valued” targets for digital criminals.

According to Nexusguard, Q1 2016 this year also saw a sharp increase in attacks in the Middle East region during the quarter.

Nexusguard says the increase in attacks against researchers contributed to the spike in popularity of network time protocol (NTP)-style attacks, taking back the No1 spot from domain name system (DNS) vulnerabilities.

Some victims received NTP attacks almost daily with security analysts also finding that most attacks lasted under 10 minutes, and had a mean time of five minutes.

Nexusguard says the decrease in duration could be related to the continued rise in popularity of DDoS-for-hire services, which have led to shorter attack times.

As a result, Nexusguard analysts recommend organisations implement monitoring systems that can detect events on a second- or sub-second interval.

Terrence Gareau, chief scientist at Nexusguard, warns that researchers and their related groups are becoming “high-valued targets for digital criminals. We have seen this in the past, but never as a primary target for a whole quarter, making the findings in this quarterly report all the more important".

"We also found that the rise in DDoS-for-hire services is drastically changing the threat landscape, and organisations need to ensure their networks can handle new attack breeds."

The United States and China lead Nexusguard’s top 10 list of targets by country in a return to the first and second positions – suffering more than 49,000 combined attacks over the quarter.

Turkey fell out of the rankings, which reinforces Nexusguard's previous speculation that the peak of these attacks in Q4 2015 was related to tensions between Russia and Turkey that occurred at the time.

Additionally, Middle Eastern countries saw an 83% increase in the number of attacks in Q1, and researchers predict there will be more attacks against countries in the region as tensions continue to rise.

More in this category: « Malware borrows adware tricks to bypass Android security Secure remote access without VPN »
Share News tips for the iTWire Journalists? Your tip will be anonymous