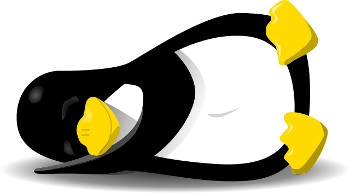 Data protection vendor Datto has claimed that 3% of the ransomware infections spotted by 1700 managed service providers surveyed were on Linux systems, but says there is no way to "confidently determine what the variants were".

The claim was made in the survey, State of Channel Ransomware Report, which Datto released recently.

A company spokesperson said 3% of MSPs reported ransomware infections in Linux, up from 2% in last year's survey.

"However, there is no way to confidently determine what the variants were as this was not how the questions (graphic above) were asked," the spokesperson added.

"The survey asked MSPs about this in a separate 'check all that apply' question."

Datto's technical evangelist Henry Washburn said: "While usually not directly attacked by ransomware thieves, Linux is cursorily affected because many Linux and Mac machines use SAMBA to send and receive information/data/etc. 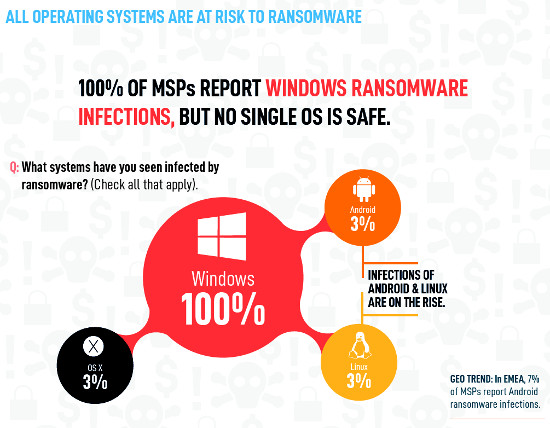 "Since most businesses have desktops that are Windows-based, emails carrying a malware payload usually have an installer that is specifically for Windows.

"However, since a number of locally networked machines like fileservers exist as Linux or Macs for various reasons and store Windows data like .xls and .doc files, the data is easily encrypted and thus affected by ransomware.

"Thieves try to gain a foothold through the path of least resistance when burglarising a home/business physically or through the Internet.

"The act of locking up data on other machines, regardless of operating system, through a local network is like walking to other rooms in a house to take things... you are already there, get as much as you can."

Linux expert Russell Coker told iTWire in response to a query that an application that had read write access to files on a server (Samba, NFS, or any other system) could encrypt them.

"An infected Windows system wouldn't know the difference between Linux and Windows file servers in this regard," added Russell, who has been an admin for Linux systems for more than two decades.

Claims have been made about Linux ransomware in the past but there has been little substance to them.

More in this category: « Deloitte did little to ensure safety of data: claim Israeli firm revives theory of Chinese link to CCleaner hack »
Share News tips for the iTWire Journalists? Your tip will be anonymous