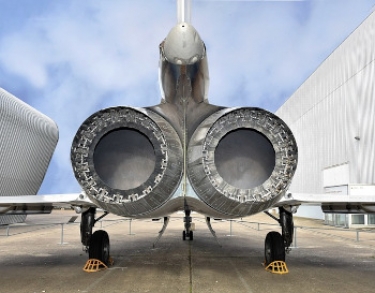 Image by Denis Doukhan from Pixabay

Dassault Falcon Jet, a US subsidiary of the 91-year-old French aviation firm Dassault Aviation, has taken a hit from a gang of cyber criminals using the Windows Ragnar Locker ransomware.

The attackers have as yet not leaked any of the company's data on their web site on the dark web.

Contacted for comment, a company spokesman said in a statement that the attack had been noticed on 7 December (Monday).

"Dassault Falcon Jet (DFJ) was the victim of a new cyber attack about which the FBI recently issued an alert," a statement said.

"The attack was isolated to DFJ servers based in the United States. It does not include any data from parent company Dassault Aviation.

"Some company systems are not affected and are functioning normally while others have been impacted to varying degrees. French and US IT teams and their cyber security partners are working diligently to restore the affected systems to their full capacity.

"In the interim, all departments have implemented contingency plans to ensure our customers’ and employees’ needs are addressed properly.

"Global deliveries of new Falcons for the remainder of 2020 will be maintained."

Ragnar Locker was recently used to attack the Indian company Biological E, which received a grant of US$4 million (A$5.49 million) from the Gates Foundation to develop a COVID-19 vaccine.

CWT agreed to pay a ransom of US$4.5 million (A$6.3 million) in bitcoin to the attackers.

According to the global cyber security firm Sophos, Ragnar Locker now has the ability to attack virtual machines.

More in this category: « Global minerals technology firm suffers hit from Windows Egregor ransomware Acronis predicts 2021 will be the ‘year of extortion’ »
Share News tips for the iTWire Journalists? Your tip will be anonymous