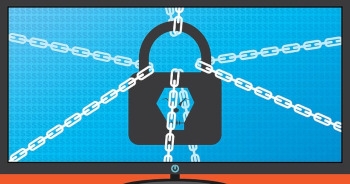 The FIN6 cyber crime group, that has in the past been involved in stealing payment card data, has allegedly expanded its activities to deploying Windows ransomware, the security firm FireEye claims.

A blog post authored by researchers Brendan McKeague, Van Ta, Ben Fedore, Geoff Ackerman, Alex Pennino, Andrew Thompson and  , said they had found evidence of ransomware when investigating an intrusion at an unnamed customer in the engineering industry.

The intrusion was said to be using stolen credentials, the threat emulation software Cobalt Strike, the exploit database Metasploit, and publicly available tools such as Adfind and 7-Zip to conduct internal reconnaissance, compress data, and aid in the overall mission.

The post, which was full of plugs for products sold by FireEye and its Mandiant group, said the researchers had identified the most evasive techniques used by the FIN6 group.

Managed Defence is another name that FireEye uses for Mandiant.

The initial entry point for the intrusion was identified as an Internet-facing system, after which stolen credentials were used to move to other machines in the Windows network. A foothold was established in two ways: by using PowerShell to execute an encoded command and by leveraging the creating of Windows services to execute encoded PowerShell commands.

The researchers found that both the LockerGoga and Ryuk ransomware were being used by FIN6 during this attack. LockerGoga was recently used to attack the Norwegian aluminium company Norsk Hydro.

FireEye is known to be quick to attribute attacks, but this time the group appeared to be somewhat hesitant to do so.

"FIN6 may have evolved as a whole to focus on these extortive intrusions," the researchers wrote. "However, based on tactical differences between these ransomware incidents and historical FIN6 activity, it is also possible that some FIN6 operators have been carrying out ransomware deployment intrusions independently of the group’s payment card breaches."