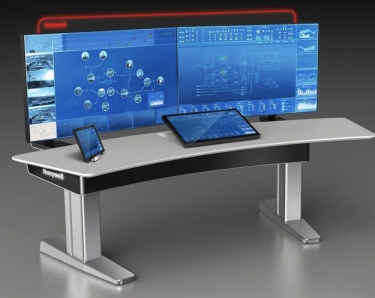 Claroty, an industrial cybersecurity company, identified three severe vulnerabilities in the product which would allow an attacker to modify a control component library with malicious code, load it to a controller where it is executed, and subsequently gain control of the insecure controller, disrupt business processes, perform denial of service attacks, and take other actions.

All versions of Honeweyll's C200, C200E, C300, and ACE controllers and simulators are vulnerable.

Honeywell has addressed these vulnerabilities and issued patches along with an advisory urging customers to update affected systems as soon as possible. The solution associates a signature file for each control component library, which will be validated before the library is used. Server software and controller firmware must all be updated to mitigate the issue.

Honeywell has not issued patches for all versions of its software, many customers will also need to upgrade to the latest point release for a given major Experion release to gain the benefits of the fix. Customers using custom control component libraries will also need to update these with appropriate signature files.

The Cybersecurity and Infrastructure Security Agency, ICS-CERT, has also published an advisory, ICSA-21-278-04, rating the vulnerabilities collectively at rank 10, the highest criticality score.

The severity of the vulnerabilities is significant, not only for the ramification on Experion users who will need to manage the upgrade of all their related equipment but because distributed control systems are often regarded as a ‘black box’ by cybersecurity researchers and relatively few vulnerabilities are disclosed because the equipment is difficult to obtain. Like many other types of industrial equipment these systems are not readily available for purchase online, nor are they simple or cheap to purchase and configure.

Thus, it is notable Claroty has identified these weaknesses. Claroty's researchers determined the Honeywell Experion PKS controllers and simulators communicate over TCP ports 55553 and 55555 with a proprietary Honeywell protocol for programming. Current logic may be changed by performing a download code procedure, and as part of this mechanism the Experion control builder software transfers compiled logic to the device then executes it. Claroty identified the Experion PKS is overly trusting, offering no sandbox environment, memory protection, or other restrictions that curtail the effects of malicious code.

While sandboxes are not foolproof, they are typically regarded as an essential component to limit the access of executable code to a bare minimum. Claroty’s researchers found they could mimic the download code procedure and send arbitrary executable files to simulators and controllers, with the device then duly loading the executables and running them without performing any check or sanitisation. This means attackers can run code remotely without authentication.

The attack requires a malicious party have a foothold in the industrial network to be able to use ports 55553 and 55555, given these would not typically be exposed to the Internet.

Honeywell's solution enforces cryptographic signing to ensure libraries have not been tampered with. Server software and controller firmware must all be updated.

More in this category: « Why AML should be a top priority for financial institutions Massive data breach at Twitch.tv »
Share News tips for the iTWire Journalists? Your tip will be anonymous