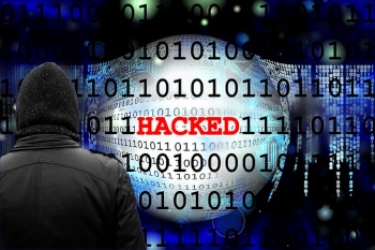 In an unusual turn of events, a Chinese security firm has accused a group known as APT-C-39, which it claims is affiliated to the US Central Intelligence Agency, of hacking into Chinese Government agencies and companies over the last 11 years.

The accusations [archived version here] were made by the Chinese security firm 360 Core Security (Qihoo Security) and named former CIA employee Joshua Adam Schulte as being the person who leaked material to WikiLeaks which the latter published under the name Vault 7. Schulte is currently on trial for this very alleged offence.

This is the second time a Chinese security firm has blamed the CIA for hacking; last September, Qi An Xin accused the American intelligence agency of breach aviation industry targets between 2012 and 2017.

The US Government often issues indictments against foreign hackers — mostly from China, Russia, Iran or North Korea — and though these are just allegations which have to be proven in court, they are treated as the gospel truth by Western media which report them as such.

And American security firms — like FireEye  — are often prone to make pronouncements on the origin of a hack, even though attribution is the most difficult thing to do in this trade.

The Chinese government rarely, if ever, issues anything in writing, instead making broad and expansive accusations at media conferences.

Qihoo said it had concluded after analysing the leaked Vault 7 materials and its own past research, that there had been targeted attacks against China's aviation industry, scientific research institutions, petroleum industry firms, Internet companies and government agencies.

The attacks were claimed to have spanned the period from September 2008 to June 2019 and took place mainly in provinces such as Beijing, Guangdong, and Zhejiang.

The alleged CIA attackers were claimed to have targeted system developers who were engaged in IT for civil aviation such as flight control systems, freight information services, settlement and distribution services and passenger information systems.

"We speculate that in the past 11 years of infiltration attacks, CIA may have already grasped the most classified business information of China, even of many other countries in the world," Qihoo said.

"It does not even rule out the possibility that now CIA is able to track down the real-time global flight status, passenger information, trade freight and other related information.

"If the guess is true, what unexpected things will CIA do if it has such confidential and important information? Get important figures‘ travel itinerary, and then pose political threats, or military suppression?"

The company cited the following as evidence that led it to conclude that APT-C-39 was a CIA front:

Thanks to Catalin Cimpanu for a link to the claims made by Qi An Xin.

More in this category: « Sophos acquired by Thoma Bravo for US$3.9 billion Defence plays down report of likely recruitment database breach »
Share News tips for the iTWire Journalists? Your tip will be anonymous