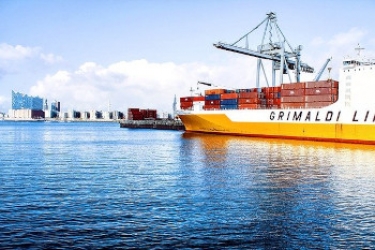 Publicly listed US transportation services firm Matson appears to have been hit by a gang of cyber criminals using the Windows REvil ransomware, with the thieves claiming to have stolen a terabyte of data.

Some screenshots of the stolen data has been released on the REvil site on the dark web, with the attackers claiming they have data on tax, logistics, and personal data on clients and employees.

Matson, which was founded in 1882, has annual revenue of about US$2 billion.

It has a subsidiary, Matson Navigation Company, that provides ocean shipping services across the Pacific to Hawaii, Alaska, Guam, Micronesia, the South Pacific, China and Japan, according to Wikipedia.

iTWire contacted the company for comment on 28 October, but has not yet heard back.

The attackers warned that they would put up the stolen data for auction, and would release about 3GB of the data on dark web for prospective buyers to review.

REvil, which is also known as Sodinokibi, has been used in many attacks this year. It was used to hit the big casino equipment suppllier Gaming Partners International Corporation, the Meinhardt Group, an engineering consultancy with 51 offices worldwide and 5000 employees, American IT staffing company Artech Information Systems, and publicly traded professional distribution management firm DXP Enterprises.

More in this category: « Ransomware booms, but how many attacks achieve their ends? Windows Maze ransomware group announces end to operations »
Share News tips for the iTWire Journalists? Your tip will be anonymous