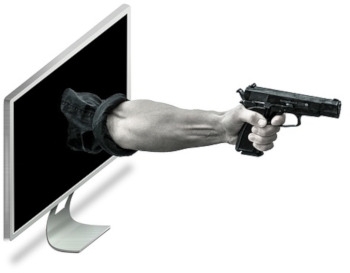 British spyware company Gamma Group is facing legal action from four Bahrainis who claim the company knowingly sold its wares to the Bahraini Government knowing that it would be used to crack down on dissidents like them during the Arab spring of 2011.

A letter of claim sent to Gamma accuses it of selling Bahrain its FinFisher software — which can infect and spy from a target computer — though there had been countless reports of human rights abuses in Bahrain, The Guardian  reported.

Gamma responded through a lawyer, saying there was no evidence it had taken part in rights abuses and that it would defend the charge.

The defendants — Hassan Mushaima, Ali Mushaima, Moosa Mohamed and Saeed Shehabi — are suing Gamma and firms associated with it in the UK and Germany and owner Louthean Nelson for allegedly aiding the Bahrain Government in the misuse of private information.

In 2011, WikiLeaks published material from Gamma that showed how FinFisher could evade common anti-virus systems, log keystrokes and spy on the user through a microphone or camera.

The company is also accused of training Bahraini officials in using the software and providing updates and training.

The four Bahrainis say they were targets of the government because of their campaigning for democracy. Bahrain witnessed a number of protests in 2011; these were violently put down by the government with the help of Saudi Arabia.

Gamma claimed to Bloomberg in 2012 that it had never sold FinFisher to Bahrain leading to speculation that the government in Manama was using a stolen copy.

But though Gamma says it has only sold its spyware to governments and law enforcement agencies, researchers at Canada's Citizen Lab say they have identified command-and-control servers for FinFisher in at least 35 countries.

More in this category: « US pollies want memo that warned against disclosing Google+ leak Cisco's Talos Group discovers new Android trojan »
Share News tips for the iTWire Journalists? Your tip will be anonymous