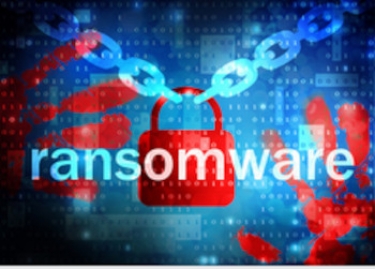 Automotive services provider Inchcape Australia appears to have been compromised by the Windows Ransomexx ransomware, with the cyber criminals who hit the company leaking some data that they stole, on the dark web. The company has about 1500 employees in Australia.

Inchcape is part of a group, with its head office based in London. According to the company's site, the group is "the world's largest independent international automotive retailer, with operations in nearly 30 countries".

"Our core markets include Belgium, Greece, Hong Kong, Singapore, Australia, Russia and the UK and we are currently expanding operations in the Balkans, the Baltics, China and South America," the website says.

"In addition to growing our core businesses, we are developing scale operations in new and emerging regions." The group had revenue of £9.4 billion (A$16.61 billion) in 2019.

The leaked documents are in four lots and relate to administration, customer fulfilment and client information.

Contacting Inchcape for comment proved to be difficult, as the company has no email address for media communications on its site. An email was sent to the lone email address on the company's site but it bounced. This was at 8.50am.

The company was then contacted by phone and a helpful receptionist provided an alternative email address to which an email was sent at 9.25am.

But this did not work either, with the email bouncing again. One must add here that mail was being sent from the same email address that has been used for more 20 years to correspond with companies in many parts of the globe. Microsoft Exchange is used to handle mail sent to Inchcape.

A second phone call elicited a promise from the receptionist to pass on mobile contact details to the IT manager. But that did not produce results either.

During a third phone call, around noon, the receptionist was unable to find anyone else for me to speak to.

A third email was then sent around noon, from a Gmail address that is not used for any purpose other than for Android smartphones.

Finally, someone from the company called and promised a response.

The Inchcape spokesperson said: "Inchcape Australia and its component companies (AutoNexus, Peugeot Citroen, Subaru and Trivett Retail) recently experienced an IT system outage, the cause of which continues to be investigated.

"This impacted a variety of IT systems, necessitating the use of alternative channels for a period, to communicate with customers and suppliers.

"While the majority of systems are now restored, work continues to fully restore some functions.

"Investigations continue to identify the cause of the outage and if any data is identified as being compromised, Inchcape will notify the relevant parties and work with them to ensure the integrity of their material.

"We continue to work closely with customers and suppliers to minimise the impact."

"Unusually, after penetrating a network, the operators of RansomExx - which is also known as Defray777 - will deploy both Windows and Linux versions of the ransomware in order to maximise damage.

"Like multiple other groups, they also exfiltrate data and use the threat of releasing it as additional leverage to extort payment."