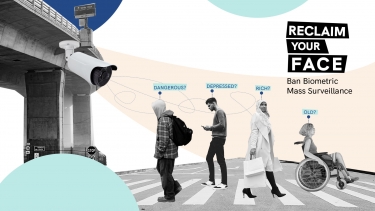 Consumer advocate CHOICE has revealed that three of Australia's largest retailers are using facial recognition technology in their stores, often without shoppers realising that they are being surveilled and their biometric information stored.

Facial recognition technology captures and stores unique biometric information such as facial features, and most customers are unaware that their faceprint is being captured and stored.

"We asked 25 leading Australian retailers whether they use facial recognition technology, and analysed their privacy policies. Based on the policies and the responses we received, Kmart, Bunnings and The Good Guys appear to be the only three that are capturing the biometric data of their customers," said CHOICE in its report.

"Most of these privacy policies you have to search for online, and they're often not easy to find," says CHOICE consumer data advocate Kate Bower.

"But because we're talking about in-person retail shops, it's likely that no one is reading a privacy policy before they go into a store."

Capturing and storing biometric information without consumer knowledge and consent may be a breach of the privacy act.

According to CHOICE, staff members visited some of the offending stores in person as part of the organisation's investigation.

Bower says the Kmart and Bunnings stores they visited had physical signs at the store entrances informing customers about the use of the technology, but the signs were small, inconspicuous and would have been missed by most shoppers.

Between March and April 2022, CHOICE says it canvassed more than 1000 Australians in a nationally representative survey to gauge consumer awareness of facial recognition technology.

The survey found that more than three in four respondents (76%) said they didn't know retailers were using facial recognition.

Most survey respondents (83%) said retail stores should be required to inform customers about the use of facial recognition before they enter the store, and 78% expressed concern about the secure storage of faceprint data.

Nearly two thirds of respondents (65%) are concerned about stores using the technology to create profiles of customers that could cause them harm.

As part of its investigation, CHOICE contacted the three retailers for a response to its report.

While neither KMART nor The Good Guys responded to CHOICE's questions, Bunnings did respond and defended its actions.

Simon McDowell, Bunnings' chief operating officer, told CHOICE that facial recognition is one of several measures the retailer has in place to prevent theft and anti-social behaviour.

"We let customers know about our use of CCTV and facial recognition technology through signage at our store entrances and also in our privacy policy, which is available on our website," McDpwell said.

"It's really important to us that we do everything we can to discourage poor behaviour in our stores, and we believe this technology is an important measure that helps us to maintain a safe and secure environment for our team and customers."

The full CHOICE report can be found here.

More in this category: « Aqua Security offers SaaS from Singapore No such thing as a ‘free COVID-19 test kit’: Scam alert »
Share News tips for the iTWire Journalists? Your tip will be anonymous