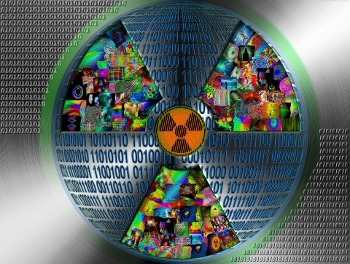 Australia ranks fourth among the countries most vulnerable to hacking attacks, according to a study by penetration testing and information security form Rapid7.

Belgium tops the list, followed by Tajikistan and Samoa.

The company compiled what it calls a "heat map" of the Internet, looking for servers that had exposed ports that could be compromised.

Rapid7 used its Project Sonar tool to carry out a scan of every public-facing IP address and examine the services being offered to the wider Internet.

Many ports on a server offer services that they should be offering; the most common example is port 80 on which http services, or normal web pages, are offered. It is better if the encrypted version, https, is offered.

But there are a number of services which are unencrypted and open to compromise. For example, on port 110 one can find POP3 servers being offered. And port 21 is used for FTP, an insecure method of transferring files over the Internet.

"Today's Internet touches virtually everyone’s lives and is a critical component of economic security," the study noted. "Counter-intuitively, the adoption of fully encrypted protocols for core Internet services has not scaled with our personal, national, and global dependence on the Internet."

While the countries with greater GDP, like China and the US, had a much greater number of Internet users and hence many more net-connected devices, they were not the most exposed. In the case of Belgium, though it had many less Internet servers, a greater percentage were offering services that were insecure.

While Australia was the fourth most vulnerable overall, it also had the same rank among countries that had ports for database protocols exposed.

Among the findings of the study were:

More in this category: « 45% of organisations unsure if email cyber attack insurance will pay up WatchDox by BlackBerry extends DRM reach »
Share News tips for the iTWire Journalists? Your tip will be anonymous