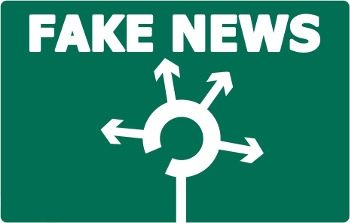 A story published in The Atlantic on Monday afternoon (US time) used selectively edited tweets from WikiLeaks in order to paint the organisation as being pro-Trump and pro-Russia.

The article in question, plugged as an exclusive by writer Julia Ioffe, reported on a Twitter conversation between WikiLeaks and Donald Trump Jr. (Archived copy of the article is here.)

Based on the messages, which appear to be leaked from the US Congressional panel that is investigating to find out if there was collusion between the Trump campaign and Russia, Ioffe wrote that WikiLeaks had asked Trump Jr to leak his father's tax returns to the organisation so that it could bolster its claims to be an impartial source.

To justify this conclusion,Ioffe quoted from a tweet part of which ran thus: "That means that the vast amount of stuff that we are publishing on Clinton will have much higher impact, because it won’t be perceived as coming from a ‘pro-Trump’ ‘pro-Russia’ source.”

But Ioffe had selectively edited this tweet as was later revealed by WikiLeaks publisher Julian Assange.

Incredible. The Atlantic edited "Trump Jr" DM story to reverse its meaning even removing "that the Clinton campaign is constantly slandering us with" right after "pro-Russia". Full text changes everything. https://t.co/8pNUF1xW23

The entire tweet read: "That means that the vast amount of stuff that we are publishing on Clinton will have much higher impact, because it won’t be perceived as coming from a ‘pro-Trump’ ‘pro-Russia’ source, which the Clinton campaign is constantly slandering us with." (emphasis mine)

The Atlantic has not corrected its story as of 9.30 AEST. The only concession that Ioffe made was to tweet, "My bad. I did not realise that there were three tweets."

My bad, didn’t realize there were three tweets. Carry on!

Reactions to her tweet were scathing. Wrote one, "My bad?? That’s what i say when i cut in, in a lane of traffic. This is how a writer for the @TheAtlantic explains away her shoddy journalism?"

And another said: "Quality journalism there.. Your false claim has reached millions. Your correction has 19 retweets."

Lol after first tweet was RTed by how many liberal journals and peeps on the eager tog we Trump bandwagon. This correction won’t get nearly as many. Dangerous and misleading journalism..

The first journalist to write about this doctoring by The Atlantic was freelancer Caitlin Johnstone, who commented, "What Ioffe’s tweets tell us is that she had full copies of the DMs, since she knew that there were more pages missing from the single tweet by Don Jr. that she had read.

"The deceitful omission that is the subject of this article was clarified in the first Don Jr. tweet she replied to. She read it, she analysed it enough to figure out what was missing, but she said nothing about the fact that there were a lot more words in the sentence that she selectively edited out to convey the exact opposite of its meaning."

Did you also not realize that it's completely unethical to misquote someone by cutting off their statement mid-sentence and ending it with a "." instead of "..."?

You are the perfect example of dishonest media.

A major part of the tweets that Ioffe's article was based on suggested that WikiLeaks is extremely good at trolling people on Twitter. Some of the requests that the organisation made of Donald Trump Jr — like his father's tax returns — were highly unlikely to be ever entertained.

Ioffe was sacked by Politico in December 2016 for a tweet suggesting that then President-elect Trump may be committing incest with his daughter, Ivanka.

More in this category: « Neto future-proofs eCommerce with Cloudflare Cylance adds to home computer security options »
Share News tips for the iTWire Journalists? Your tip will be anonymous