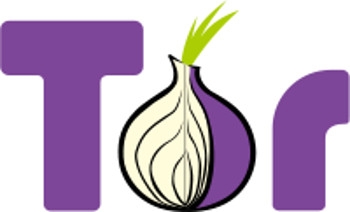 Well-known privacy advocate and developer Jacob Appelbaum has quit the Tor Project after claims of sexual misconduct were levelled at him.

His departure was announced in a one-sentence statement from the project on June 2.

Two days later, Shari Steele, the executive director of the Tor Project, issued a much longer statement, saying that several complaints had been directed against Appelbaum and he had stepped down after extensive internal deliberation and discussion.

Appelbaum has denied the allegations and said that he had no option but to step down given the way the claims had been handled.

"Given the way these accusations have been handled, I had little choice but to resign from my position as an advocate at the Tor Project and devote my full attention to completing my doctoral work on cryptography at the Technical University of Eindhoven," he wrote.

Steele said in her statement: "Over the past several days, a number of people have made serious, public allegations of sexual mistreatment by former Tor Project employee Jacob Appelbaum.

"These types of allegations were not entirely new to everybody at Tor; they were consistent with rumours some of us had been hearing for some time. That said, the most recent allegations are much more serious and concrete than anything we had heard previously."

The Tor Project has hired external consultants to deal with the issue and says it will issue a public statement again only after the investigations are complete.

Appelbaum said: "Vague rumours and smear campaigns against me are nothing new. As a longtime public advocate for free speech and a secure Internet, there have been plenty of attempts to undermine my work over the years.

"Now, however, these unsubstantiated and unfounded attacks have become so aggressive that I feel it's necessary to set the record straight. Not only have I been the target of a fake website in my name that has falsely accused me of serious crimes, but I have also received death threats (including a Twitter handle entitled 'TimeToDieJake')."

He said he was prepared to take legal action to defend his reputation if the need arose.

More in this category: « Time to rethink security, says CTO Eset warns of 'tricky' DNS malware update »
Share News tips for the iTWire Journalists? Your tip will be anonymous