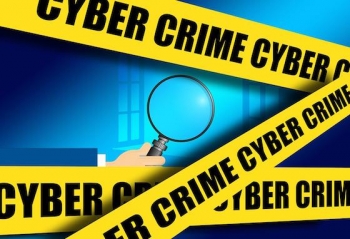 A new study suggests companies in the Asia-Pacific region are struggling to contain the cost of cyber breaches.

The company has for the first time broken out figures for the APAC region. And the news isn't all good.

Globally, 8% of respondents said the total cost of the highest impact breach they experienced in the last year was US$5 million or more. That figure remained unchanged from the 2018 report.

And at the other end of the scale, the proportion of companies reporting the cost was under US$500,000 increased from 47% to 51%, suggesting that "costs are down a little, or at least under control".

(If the size of those losses seems extraordinarily high, bear in mind that the people surveyed all worked for organisations with at least 250 employees and a formal IT department, and they mostly had job titles such as CISO, CTO, or IT director, and were actively involved in IT security.)

Cisco security marketing director Ben Monroe explained that the significance of US$500,000 was that in many companies it was the threshold for requiring board involvement.

But among the four APAC nations included in the study, 17% reported losses of US$5 million and above, more than twice the global incidence, and only 39% said the maximum loss was under $500,000.

Asked to explain these differences, Cisco vice-president of global security sales, John Maynard, suggested one reason could be that APAC organisations tended to use a more fragmented (ie, less integrated) set of security tools.

Traditionally, organisations have tended to select a particular product to address a particular security issue. This is often referred to as the 'best of breed' approach.

Its weakness is that it makes it hard to orchestrate the reaction to a breach. In contrast, more integrated tools provide better protection and recovery.

Globally, 63% of organisations used less than 10 security vendors, whereas that was true of just 54% companies in the APAC region, Monroe said.

Perhaps not surprisingly, 79% of all respondents said it was somewhat, or very, challenging to orchestrate alerts from products supplied by multiple vendors, and that rose to 93% in APAC.

The survey also found that time to remediate — rather than just detect — a breach has become a more common metric. In 2018, it was used by 30% of respondents, but it has shot up to 48% this year – "a surprise to all of us", said Maynard.

Interestingly, that 48% also applies to APAC.

"Cyber security is a numbers game, one that is skewed in favor of malicious actors. Businesses need to win all the time, while attackers need just one successful hit to make an impact," said Maynard.

"Every time the attackers succeed, there is a financial impact on the company targeted. This includes out-of-pocket expenses, legal fees, reputational damage and loss of business. The fact that an increasing number of companies are being able to contain this cost is a sign that businesses are starting to gain more control and balance their risks when hit by a breach.

"While this is a move in the right direction, a lot more needs to be done."

More in this category: « Adi Shamir questions whether top tech conferences should be held in US Citrix says internal network breached, business docs stolen »
Share News tips for the iTWire Journalists? Your tip will be anonymous