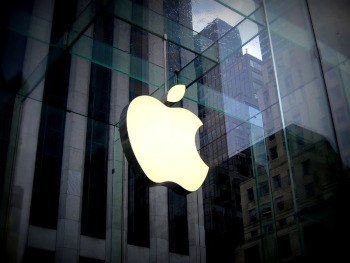 Image by Matias Cruz from Pixabay

Researchers from the security firm Lookout have found a version of the Exodus spyware that runs on iOS, with indications that it is made available through phishing sites that imitate mobile carriers from Italy and Turkmenistan.

In a blog post, the Lookout researchers said they had found the original Exodus version, that targeted Android, early last year. The group Security Without Borders recently wrote a detailed blog post about Exodus. The Lookout post was shared with iTWire prior to its publication.

The Lookout team said the Android version of Exodus appeared to have been created for the market in lawful interception, had been under development for at least five years and had three stages.

The first was a small dropper, followed by a second-stage payload that included a number of binaries. The third stage used the DirtyCOW exploit to gain root status.

Analysis of the Android samples led the team to the iOS port which distrubuted by abusing Apple's enterprise provisioning system.

"The Apple Developer Enterprise program is intended to allow organisations to distribute proprietary, in-­house apps to their employees without needing to use the iOS App Store," Lookout said. "A business can obtain access to this program only provided they meet requirements set out by Apple. It is not common to use this program to distribute malware, although there have been past cases where malware authors have done so."

The phishing sites that Lookout found had links to a distribution manifest containing metadata like the application name, version, icon and a link to the IPA file. The IPA package needs a certificate to be distributed outside the App Store and certificates from the company Connexxa were used.

Connexxa was earlier found to be the employer of the unnamed engineer who had created Exodus for Android. This individual worked for eSurv, a business unit of Connexxa.

The apps for iOS masqueraded as carrier assistance apps which told the user to “keep the app installed on your device and stay under Wi­-Fi coverage to be contacted by one of our operators”.

The Lookout team said the iOS variant of Exodus was not as powerful as the Android one. But it could exfiltrate the following data: contacts, audio recordings, photos, videos, GPS location and device information. It could also carry out remote audio recording.

Lookout said the uploaded data was transmitted through HTTP PUT requests to an endpoint on the command and control server. Push notifications were used to control the remote audio recording.

"Lookout has shared information about this family with Apple, and they have revoked the affected certificates," the researchers wrote. "As a result, no new instances of this app can be installed on iOS devices and existing installations can no longer be run."

The Lookout team will present these findings at the Kaspersky Security Analyst Summit on Wednesday.

More in this category: « 90% in operational tech sector face cyber attack every 2 years Credit card compromise on the rise in Persian Gulf: claim »
Share News tips for the iTWire Journalists? Your tip will be anonymous