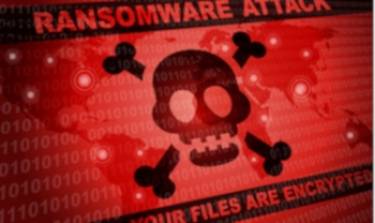 Norwegian aluminium maker Norsk Hydro has been under what it describes as "an extensive cyber attack" that has affected several areas of the company's operations. The malware affecting the firm is believed to the LockerGoga ransomware that attacks Windows systems.

The attack began late on Monday evening, the firm said. Norway is 10 hours behind AEDT.

At 5am this morning UTC somebody from Norway uploaded a signed copy of LockerGoga ransomware. It uses the same certificate me and @malwrhunterteam team identified several weeks ago, which the CA has now revoked. pic.twitter.com/PxYS690oYs

The company posted a detailed account of its travails on Facebook, saying that it had isolated all plants and operations and was switching to manual operations and procedures to the extent possible.

The firm's chief financial officer, Eivind Kallevik told the media: “This is a classic ransomware attack. The situation is quite severe.”

He said the company had no plans to pay the ransom demanded but would restore all the locked files from back-up servers.

Norwegian media with NorCERT are reporting LockerGoga ransomware deployed by Active Directory, which backs up this thread theory. pic.twitter.com/22YbOwHVAZ

“We have good back-up systems and we have plans on how to restore it,” he said.

Kallevik said the financial impact was limited thus far. “It is mostly direct labour: some of the activities that we use computers to do, today we use manual labour. We have to add some more people."

on the plus side the printer still works pic.twitter.com/SQJ80lsGpF

Commenting on the ransomware attack, Tyler Moffitt, a senior threat research analyst at security outfit Webroot, said: "LockerGoga is a new ransomware variant that appears to be targeting European companies. So far the notable victims have been Altran in France (25 January) and Norsk Hydro in Norway (past 24 hours).

"The encryption process used by LockerGoga is slow because it creates a new process each times it encrypts a new file and also exhibits no detection evasion techniques, showing a lack of sophistication.

"LockerGoga was signed using a valid digital certificate which has since been revoked."

Moffitt said he expected LockerGoga to become a big player in the ransomware scene and would monitor its progress.

More in this category: « How much does a CEO enjoy a cyber breach? Quite a lot, it seems Microsoft targeted by 8 of 10 top vulnerabilities in 2018: study »
Share News tips for the iTWire Journalists? Your tip will be anonymous