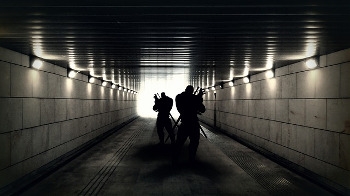 Britain's information commissioner Elizabeth Denham will seek a warrant to examine the databases and servers used by data analytics company Cambridge Analytica, the firm that is alleged to have used data of more than 50 million Facebook subscribers for targeting voters in the US presidential election.

Facebook sent a digital forensics team from Stroz Friedberg to audit the Cambridge Analytica data but asked them to hold off once it learned of Denham's intentions.

From FB: "Independent forensic auditors from Stroz Friedberg were on site at Cambridge Analytica’s London office this evening. At request of UK ICO, which has announced it is pursuing warrant to conduct its own on-site investigation... auditors stood down"https://t.co/NJkTY5egKm

Denham had demanded access to the company's servers by 6pm UK time on Monday (5am AEDT Tuesday) but was reported by the BBC as saying that she would now seek a warrant.

"I'm not accepting their response so therefore I'll be applying to the court for a warrant," she said.

The allegations about Cambridge Analytica were made by a former employee, Christopher Wylie, and reported by London's The Observer and The New York Times over the weekend.

The data was collected in 2014 by Aleksandr Kogan, a researcher, using an app that requested people to take a personality test for academic research.

About 270,000 people took the test; its creator, Aleksandr Kogan, called the app he was using “a very standard vanilla Facebook app".

Given the terms of service of the app and the existing Facebook API, the app also collected the data of friends of those who responded.

Kogan later passed on the data to data research firm Cambridge Analytica, which worked for President Donald Trump’s election team. The newspaper reports said what was handed over was information about more than 50 million people.

The most amusing part of the Cambridge Analytica thing is people replying to me saying they’re just salesmen and it’s just snakeoil. I mean, they had millions of people’s Facebook info via their friends, they’re boasting about bribing elected officials and extortion via hookers..

On Monday, Britain's Channel 4 News carried a report of an undercover operation by one of its own staff who met top executives of Cambridge Analytica, pretending to be someone who wanted to throw mud at a political rival.

Pretty amusing/baffling if these guys do indeed get raided tomorrow. pic.twitter.com/ANStHTLOHx

Cambridge Analytica chief executive Alexander Nix was filmed, outlining how this could be effected by the company or its associates, including companies from Israel.

Nix told the BBC that the report was a "misrepresentation of the facts" and that his company had been "deliberately entrapped".

More in this category: « Facebook shares fall 5% after 'data breach' claims BlackBerry adds security features for developers »
Share News tips for the iTWire Journalists? Your tip will be anonymous