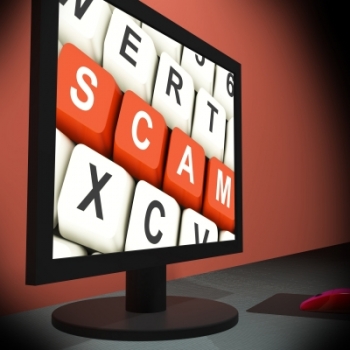 MailGuard says endpoint anti-virus software can detect known threats and it can play a role in stopping threats that might be introduced via means other than email, like on a USB or flash drive – but zero-day malware delivered in scam emails is likely to “fly under the antivirus radar”.

According to Mailguard’s Emmanuel Marshall, cyber criminals move at rapid pace using the element of surprise.

“It can take hours or even days for antivirus vendors to identify new threats and deploy updates and then there’s a further delay while their customers download and install those updates. During this time, while the update process is happening, unpatched computers are vulnerable to attack.”

Marshall said traditional anti-virus solutions are well-known to sophisticated cyber crime networks who will test and refine their attacks to ensure that they’re going to get through.

“In one email scam MailGuard intercepted, the scammers used over 160 variations of the attack to stay ahead of antivirus updates,” Marshall said.

“Companies that rely on endpoint anti-virus protection alone are playing Russian roulette with their data-security. Cyber criminals know that humans are a cyber security loophole. Their objective is to get email with a malware payload into a company’s inboxes, because people are much easier to trick than machines.

“If they can get one person inside a company to open a scam email and click on a link, they can infect the whole company’s computer network.” Marshall warns.

“Shockingly, more than 90% of Internet crime is perpetrated via email. Most people cannot recognise the tell-tale signs of a criminal email and will click on dangerous messages without thinking twice. In fact, 97% of people can't discern phishing emails from the real thing, and of those, nearly 25% will click on dangerous links,” says MailGuard chief executive Craig McDonald.

“Millions of criminal-intent emails are sent every second of the day, so the odds are good that some of those emails are probably in your team’s email inbox right now. I’m willing to bet that at least one person in your office has seen these messages pop up in their inbox.”