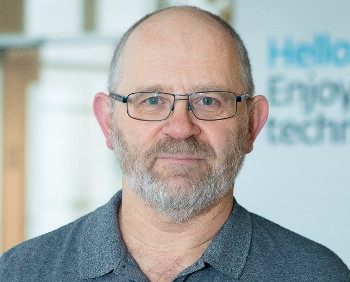 A variant of the FinFisher spyware is being spread in seven countries through legitimate applications like WhatsApp, Skype, Avast, WinRAR and VLC Player, the security company ESET says.

FinFisher, which is also known as FinSpy, is being used to target individuals in seven countries, according to the security firm ESET.

Nick FitzGerald, senior research fellow for ESET in the Asia-Pacific (above), told iTWire that the company was not revealing the names of the countries in order not to put any user in danger.

The new variant is spreading by using a man-in-the-middle method, with the disturbing factor being that the middle entity appears to be an ISP in two of the countries, FitzGerald said.

In a statement, ESET said it would be technically possible for the “man” in these man-in-the-middle attacks to be situated at various positions along the route from the target’s computer to the legitimate server (e.g. compromised Wi-Fi hotspots).

"However, the geographical dispersion of ESET’s detections of latest FinFisher variants suggests the man-in-the-middle attack is happening at a higher level – an ISP arises as the most probable option," the company said.

It said this assumption seemed logical, with leaked internal materials that have been published by WikiLeaks showing that the FinFisher maker offered a solution called “FinFly ISP” to be deployed on ISP networks with capabilities matching those necessary for performing such a man-in-the-middle attack.

Secondly, the infection technique (using a HTTP 307 redirect) was implemented in the very same way in both affected countries, which was unlikely unless it was developed and/or provided by the same source.

And thirdly, all affected targets within a country were using the same ISP. Apart from this, the same redirection method and format had been used for Internet content filtering by ISPs in at least one of the affected countries.

"When the user — the target of surveillance — is about to download one of several popular (and legitimate) applications, they are redirected to a version of that application infected with FinFisher," ESET said.

FitzGerald said while FinFisher versions for the Mac did exist, all the examples of the variant seen by ESET were only for Windows.

The ESET statement said the new variant was technically superior to older versions, with the authors laying more emphasis on stealth.

"The spyware uses custom code virtualisation to protect the majority of its components, including the kernel-mode driver. In addition, the entire code is filled with anti-disassembly tricks," ESET said

"We found numerous anti-sandboxing, anti-debugging, anti-virtualisation and anti-emulation tricks in the spyware. All this makes the analysis more complicated."

More in this category: « If Russia hacked US, evidence is in NSA database: claim CCleaner malware may be from Chinese group: Avast »
Share News tips for the iTWire Journalists? Your tip will be anonymous