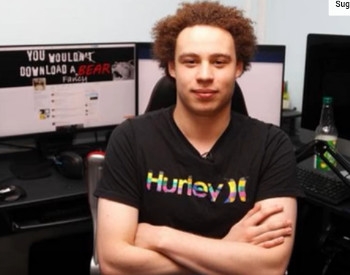 British spy agency GCHQ was fully aware that US authorities were investigating security researcher Marcus Hutchins at the time when he went to the US to attend a security conference.

A report in The Times claimed that the British agency was fully aware that Hutchins, who became well-known after he inadvertently stopped the WannaCry ransomware attack, was likely to be arrested in the US.

Hutchins was taken into custody by the FBI in Las Vegas on 2 August after he had boarded a plane to leave the US after attending the annual DEFCON security conference.

The chargesheet against him says he wrote and helped distribute a banking trojan named Kronos along with an unnamed co-conspirator.

In recent days, a researcher known as hasherezade has found that code within Kronos, which was initially claimed to be written by Hutchins and "borrowed" by the person who wrote the malware, was actually written by an unknown third party.

LA is nice, I wish I'd at least be given citizenship at the end of all this.

The Times said sources familiar with Hutchins' case had said that his arrest had enabled the British government to avoid an extradition battle with its closest ally.

It quoted one source as saying: “Our US partners aren’t impressed that some people who they believe to have cases against (them) for computer-related offences have managed to avoid extradition. Hutchins’ arrest freed the British government and intelligence agencies from yet another headache of an extradition battle.”

The reference to people avoiding arrest was probably about Gary McKinnon and Lauri Love.

The big issue is the UK willingly outsources its hacking (& terror) prosecutions to the US where the punishments are much more onerous.

McKinnon, 51, was diagnosed with Asperger’s syndrome. He was not extradited for accessing US government computers in 2012 after a 10-year legal battle because he was considered to be “seriously ill”. The decision against his extradition was made by the current British Prime Minister Theresa May who was home secretary at the time.

She told MPs at the time that there was no doubt McKinnon was "seriously ill" and the extradition warrant against him should be withdrawn, adding that the sole issue she had to consider was his human rights.

Hutchins was granted bail on 14 August after a court appearance during which he pleaded not guilty to all six charges levelled against him. He is set to face court again in Milwaukee in October.