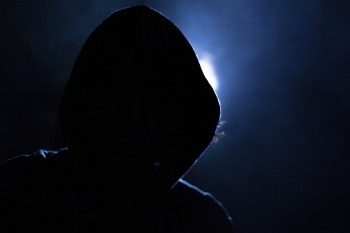 Even as many security researchers rallied around Briton Marcus Hutchins, who was arrested in the US last week on allegations of creating the banking trojan, Kronos, the head of security firm Immunity, Dave Aitel, has cast the cat among the pigeons by claiming that Hutchins was also behind the WannaCry ransomware.

The British security researcher, whose Twitter handle is MalwareTech, is credited with accidentally stopping the spread of WannaCry in May, by registering a domain that was present in the malware's code.

But Aitel said in a post that as per the "initial feeling" that he and others had had when Hutchins got arrested, "the 'killswitch' story was clearly bulls***".

"What I think happened is that MalwareTech had something to do with WannaCry, and he knew about the killswitch, and when WannaCry started getting huge and causing massive amounts of damage (say, to the NHS of his own country) he freaked out and 'found the killswitch'," Aitel wrote.

"This is why he was so upset to be outed by the media. Being afraid to take the limelight is not a typical 'White Hat' behaviour, to say the least."

Aitel is one of the few in the security community to have cast aspersions on Hutchins. Many others have rallied around and are raising funds for the Briton who is expected to be bailed on Monday.

One researcher, Kevin Beaumont, who is acquainted with Hutchins, posted details about the case, saying that Hutchins "is an incredibly valuable asset to the UK. He isn’t just a voice –  his work has an been invaluable to the UK for some time. He lives and breathes cyber security, almost 24/7, protecting people".

Beaumont said when Kronos was first mentioned in the chargesheet against Hutchins, "I had to Google 'Kronos' to establish what it even was  –  I haven’t seen it in my 17 years in cyber security".

He appealed to the MP for Hutchins' area of residence to support him, asked the Foreign Office to provide consular assistance and also urged the UK Government and its National Cyber Security Centre to take responsibility "and ensure every possible means of making sure the case is responsibly handled within the US".

A fund-raiser has been set up here.

More in this category: « US mulling complete federal ban on Kaspersky products Researcher details method for sandboxing Windows Defender »
Share News tips for the iTWire Journalists? Your tip will be anonymous