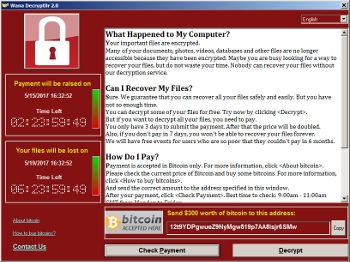 An alleged NSA hacking tool appears to have been used to craft ransomware and stage attacks on hospitals in Britain and various organisations in other countries, with demands for payment after the malware was used to lock Windows systems at these institutions.

The Guardian reported that hospitals in both England and Scotland had been hit by the ransomware, which is known as WannaCry or Wanna Decryptor.

It said the British Prime Minister Theresa May had confirmed that the attacks on the National Health Service were part of a wider disruption of services. In Scotland, it said, the first minister Nicola Sturgeon had chaired a resilience meeting to discuss the spreading attacks.

Windows didn't get more secure in the last two decades, the hackers just got nicer.

The Spanish Computer Emergency Readiness Team said the ransomware was a modified version of the WannaCryptor toolkit, one of those released by a group called Shadow Brokers in April.

A report in Politico said the Spanish CERT had indicated a Microsoft security update from March would fix the flaw that was being exploited by the ransomware. 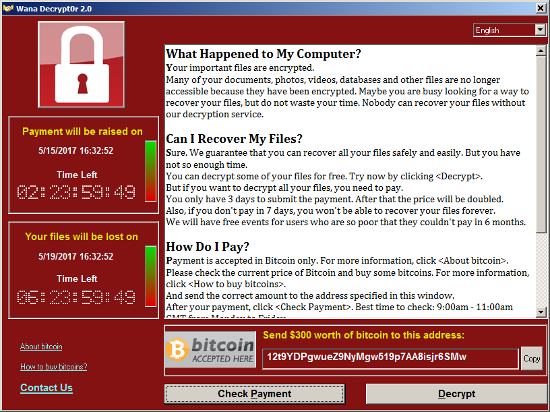 Microsoft claimed shortly after the Shadow Brokers dumped the exploits that it had already fixed the exploits in its March updates. The company has not issued any public statement after the current outbreak of ransomware has put patients' lives at risk.

Contacted for comment, a Microsoft spokesperson said:"Today our engineers added detection and protection against new malicious software known as Ransom:Win32.WannaCrypt.

"In March, we provided a security update which provides additional protections against this potential attack. Those who are running our free antivirus software or have Windows Update enabled, are protected. We are working with customers to provide additional assistance."

Britain’s NHS confirmed that the ransomware is a variant of the NSA exploit, called WannaCry  or Wanna Decryptor.

If @NSAGov had privately disclosed the flaw used to attack hospitals when they *found* it, not when they lost it, this may not have happened https://t.co/lhApAqB5j3

The attackers are said to be demanding US$300 for each machine that the Windowsa ransomware locks.

Politico said at least two London hospitals were forced to stop admitting new patients with serious medical conditions due to the attacks.

In light of today's attack, Congress needs to be asking @NSAgov if it knows of any other vulnerabilities in software used in our hospitals.

The Intercept reported that the price of decrypting one's files rose to US$600 after a few days and after a week the data was made permanently inaccessible. 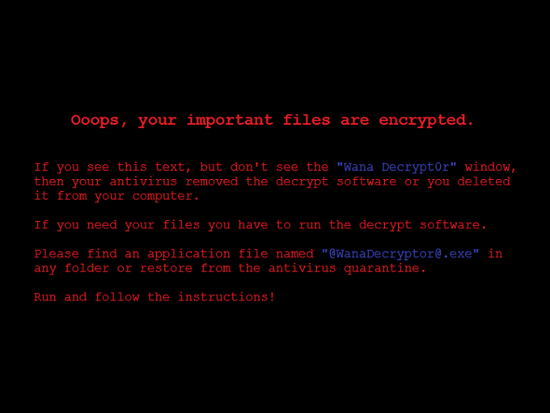 The ransomware has also been reported to have hit universities, a major Spanish telecommunications company, FedEx, and the Russian Interior Ministry. Researchers have found WannaCry infections in more than 57,000 Windows computers in 70 countries.

The security company Avast said: "As confirmed by security researcher, Kafeine, the exploit, known as ETERNALBLUE or MS17-010, was probably used by the cyber criminals behind WanaCrypt0r and is a Windows SMB (Server Message Block, a network file sharing protocol) vulnerability."

Cyber security firm Kaspersky Lab said: "It’s important to understand that while unpatched Windows computers exposing their SMB services can be remotely attacked with the 'EternalBlue' exploit and infected by the WannaCry ransomware, the lack of existence of this vulnerability doesn’t really prevent the ransomware component from working.

"Nevertheless, the presence of this vulnerability appears to be the most significant factor that caused the outbreak."

More in this category: « Keylogger found on many HP Windows laptops Vault 7: WikiLeaks releases details of malware frameworks »
Share News tips for the iTWire Journalists? Your tip will be anonymous