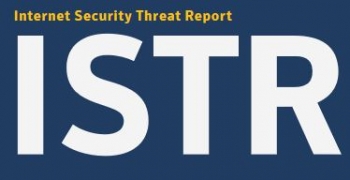 For example, its email statistics were gathered from more than two billion emails each day, its website security from over 2.4 billion Web requests each day, and its cloud and apps from Symantec CloudSOC security technology, which in 2016 safeguarded more than 20,000 cloud apps, 176 million cloud documents, and 1.3 billion emails.

Kevin Haley, director, Symantec Security Response, said, “New sophistication and innovation is the nature of the threat landscape, but this year Symantec has identified seismic shifts in motivation and focus. Zero-day vulnerabilities and sophisticated malware are now used sparingly, as nation states shift their attention from espionage to straight sabotage. Meanwhile, cybercriminals caused unprecedented levels of disruption by focusing their exploits on relatively simple IT tools and cloud services.”

Mobile operating systems remained the prime target with a new total of 290 vulnerabilities for iOS and 316 for Android. Interestingly, in 2015 iOS had 463 and Android only 89.

Working malware on iOS is still a relatively rare occurrence. However, in August 2016 it was discovered that three zero-day vulnerabilities on iOS, known as Trident, were being exploited in targeted attacks to inject the Pegasus malware onto victims’ phones. Pegasus is spyware that can access messages, calls, and emails. It can also gather information from apps including Gmail, Facebook, Skype, and WhatsApp. The attack worked by sending a link to the victim through a text message. If the victim clicked on the link then the phone was jailbroken and Pegasus could be injected into it and start it’s spy work.

Up from 30 families in 2015 to 101 families and average ransom amounts rose to US$1077 from US$294, in part reflecting bitcoin appreciation.

About 1 in 131 emails were malware-driven by mass-mailing malware groups, primarily spreading Locky, Dridex, and TeslaCrypt. One of the major distributors of malware is a botnet known as Necurs that was responsible for massive campaigns that spread malware through JavaScript and Office macro attachments. These downloaders subsequently install the final payload, which in 2016 were typically ransomware threats such as Locky.

Business email compromise scams, rather than the mass-mailing phishing campaigns of old, are now favoured by attackers.

Vast armies of bots crawl the net for vulnerable IoT devices – it takes less than two minutes to find a new device and infect it.

Symantec noted that several, likely nation-state sponsored groups had emerged from the shadows and engaged in more public, politically subversive activities. The ongoing power outage issues in Ukraine, the US election, and the Olympics have all been claimed to be affected by campaigns designed to steal and leak data to influence public opinion, create an atmosphere of distrust, and possibly influence political outcomes.

Due to these recent successes and, with key elections approaching in a number of countries in 2017, it is likely these kinds of activities will continue. Groups have, meanwhile, continually refined their tactics, with several moving away from customised malware and relying more on legitimate software tools to compromise targeted networks.

Cyber crime as a service

The cyber crime economy is thriving and ransomware toolkits can be purchased for as little as US$10 and mailing lists can be rented by the million records.