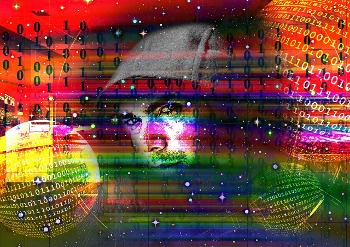 Two Israeli teenagers, who allegedly ran a popular online service that could be hired to launch distributed denial of service attacks, have been arrested and released on bail, according to a published report.

The pair, whose service was called vDOS, are claimed to be behind more than 150,000 attacks that knocked thousands of websites offline. They were arrested in connection with an investigation carried out by the FBI.

The teens, named as Itay Huri and Yarden Bidani, have been placed under house arrest for 10 days, and forbidden from using the Internet or telecommunications equipment for 30 days.

Security journalist Brian Krebs managed to obtain a copy of the vDOS database in July after someone had hacked into it and obtained the contents.

Krebs wrote that to say that vDOS was responsible for a majority of the DDoS attacks over the last few years was an understatement. "The various subscription packages to the service are sold based in part on how many seconds the denial-of-service attack will last," he wrote.

"And in just four months between April and July 2016, vDOS was responsible for launching more than 277 million seconds of attack time, or approximately 8.81 years worth of attack traffic."

Krebs has written a long and fascinating account of his analysis of the database which is well worth a read.

After he published his report, Krebs' website came under a DDoS attack which peaked at 620Gbps. Each packet that hit his site had a single message: "godiefaggot".

He wrote that both Huri and Bidani did not appear to have been very careful about covering their tracks.

"vDOS's customer support system was configured to send a text message to Huri’s phone number in Israel – the same phone number that was listed in the website registration records for the domain v-email[dot]org, a domain the proprietors used to help manage the site."

vDOS had been in operation since September 2012, Krebs added.

More in this category: « Microsoft bug bounties for .NET Core and ASP.NET USB stick will kill PCs – on purpose »
Share News tips for the iTWire Journalists? Your tip will be anonymous