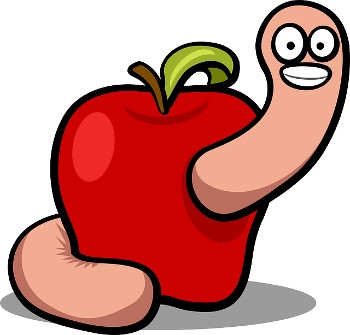 COMMENT Of all the technology companies in the world, Apple is easily the biggest in terms of its cash pile. Yet when it comes to security issues, the company appears to be unwilling to invest enough resources to keep its users safe in a timely fashion.

The recent remote exploit in the Bash terminal application that was made public on September 24 affected Apple the most. But the company issued a fix for this — and subsequent vulnerabilities that came to light once people started poking around in the Bash code — only on September 30.

Linux distributions were well ahead of Apple despite the fact that they have not even a tenth of the resources. Even commercial Linux companies like Red Hat and Canonical (the company that owns Ubuntu) are dwarves in comparisons with Apple.

And the most useful patch of the lot, an unofficial one, came from a Red Hat employee – Florian Weimer. Not someone employed by Apple.

It must be noted that despite the fact that practically all Linux distributions include Bash as a terminal application, it is not the default shell on many. This means that the incantation /bin/sh which appears at the top of all shell scripts does not call Bash.

For example, Debian links to dash, Red Hat calls ash, and Ubuntu calls dash. But in the case of Apple, all such scripts explicitly call bash.

Even when Apple came up with its delayed patches, it showed nothing but contempt for its users. The patches were not available via the Software Update mechanism that is present on OS X; no, they had to be downloaded separately. (1, 2, 3) Why? I doubt Apple will tell us.

As one veteran Mac user commented: "If a user happened to visit Apple's Downloads page, they would only see the Mavericks version of the update. To reveal the other two, it's necessary to click on 'Browse by Product', 'Mac OS' and then 'Load more results'."

And those with earlier versions of OS X? Well, they have to keep running insecure versions of Bash or else pump some money into Apple's bank accounts in some far-flung tax haven and buy a new Apple computer.

It was left to one developer, the man who puts out a Mozilla-based browser for the PowerPC, to make patches available for the older versions of OS X. But it is doubtful that the average Apple user will find it easy to patch his or her system, using what this developer has supplied. You'd have to be at least somewhat comfortable with the command line to apply the patches.

Apple provided no detail about what it was patching. Nothing at all, apart from a terse statement: "This update fixes a security flaw in the bash UNIX shell." Red Hat? They literally did a striptease for the consumer and provided all the information possible. There was information available on Apple's Security-Announce list and a truncated version of that on this page. But the fact that many versions of OS X were vulnerable, apart from those for which official patches were announced, was missing.

Surprisingly, there has been no criticism levelled at Apple for its tardiness and contemptuous attitude. I guess those who regularly cover the beat would be wary of stating the bleeding obvious – their next invitation to MacWorld, with air tickets attached, may not be forthcoming.

More in this category: « Enterprise security becoming tougher than ever Many Cisco products affected by Bash vulnerability »
Share News tips for the iTWire Journalists? Your tip will be anonymous