533 million Facebook records leaked to the web for free 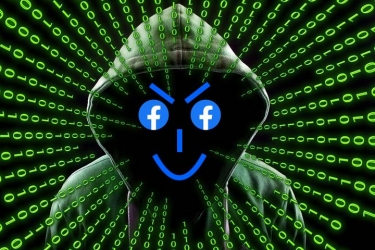 If you have a Facebook account and have had one for a few years, chances are high that your phone number and other user data has been leaked to the Internet.

I have yet to see Facebook acknowledging this absolute negligence of your data. https://t.co/ysGCPZm5U3 pic.twitter.com/nM0Fu4GDY8

The leak underscores the danger of being forced to provide 100 points of ID to Facebook or other social media services, as the Australian Federal Government proposes doing.

If Facebook and other social media companies can't secure their own user records, then how safe will those records be when augmented with copies of 100 points of ID, which would include things like drivers licenses, passports, Medicare cards or other identifying documents?

Business Insider said it was able to verify various accounts of people it knew, but Facebook told Business Insider "that the data was scraped due to a vulnerability that the company patched in 2019."

Of course, Facebook has been well known to play fast and loose with user data, with claims it has been on an "apology tour" for the last decade and a half for the various leaks and issues the company has faced.

Business Insider quoted Gal as stating: “Individuals signing up to a reputable company like Facebook are trusting them with their data and Facebook [is] supposed to treat the data with utmost respect. Users having their personal information leaked is a huge breach of trust and should be handled accordingly.”

More in this category: « US analyst pleads guilty to leaking defence info to reporter Nine still mum on network attack details as recovery continues »
Share News tips for the iTWire Journalists? Your tip will be anonymous