The security camera system at the Melbourne Cricket Ground is being progressively upgraded from the old analogue equipment to digital cameras on an IP network.

Having made the decision to go IP, "a very vigorous review" of the available products was undertaken, including a side-by-side shootout of competing cameras and software, said Andy Frances, the Melbourne Cricket Club's manager, security and venue support.

That process resulted in the selection of Axis cameras and Genetec's Omnicast software.

Rather than adopting a wholesale rip and replace upgrade, the MCC chose to progressively replace the old Panasonic analogue cameras as they fail, moving the remainder around so that the new equipment is installed in entire zones at a time. At this stage, around 15% of the cameras are digital, with around 50 more Axis cameras to be installed in the next few weeks.

There are 480 cameras around the stadium, and the $A3 million project is expected to be completed in another four to five years. 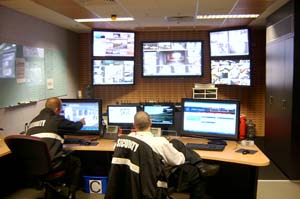 The upgrade included the rollout of a fibre optic network and the construction of a new security control room, which has now been in action around the clock for about a year. On match days, operations are run from a second control room overlooking the ground from above the members' enclosure.

The IT department was involved from the start - see page 2.

Frances noted that the MCC's IT department was involved in the project from the start, and are responsible for managing the 70TB of IBM storage used by the surveillance system. Since IT staff work on match days, any problems that arise are usually fixed immediately, he said.

The next phase of the upgrade will be to add touchscreen navigation to Omnicast, allowing security officers to drill down to specific camera views  without using a mouse or keyboard, and even follow an individual around the premises by touching the screen. 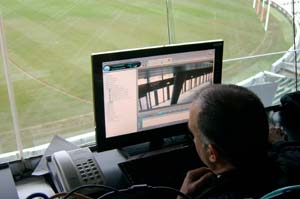 The Club is planning to equip guards with iPhones or iPod touches so they can wirelessly receive still images or video clips to help identify troublemakers in the crowd, and to show to police if necessary. "Wi-Fi coverage here is very good," said Frances, with Internode providing free access for patrons on match days.

Frances said the Genetec software 'understands' the seating plan so the control room can easily zoom into a particular seat. Patrons are encouraged to report offensive behaviour via SMS.

This capability is expected to be deployed in time for the Ashes tour this summer. "We'll have some big crowds this year, so it'll be great," said Frances.

What else is planned? See page 3.

A further extension would be to give mobile guards remote access to the camera system from a portable device.

The surveillance system is being expanded to cover the Club's other premises, including the bowls club at Hawthorn. These other locations will be monitored from the main MCG control room.

Video analytics may be used for security and congestion purposes. The Club has experimented with 'unattended package' alerts, and is also considering the installation of megapixel cameras at each entry point for use in conjunction with face recognition. 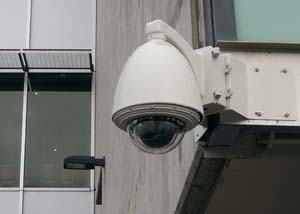 Frances said the video recordings are kept for 28 days in line with legislative requirements, and are only released to the club's insurers, the police, or in response to a summons.

More in this category: « WikiLeaks targets the Afghanistan conflict; would the Filter block this? Safari data disclosure vulnerability disclosed »
Share News tips for the iTWire Journalists? Your tip will be anonymous