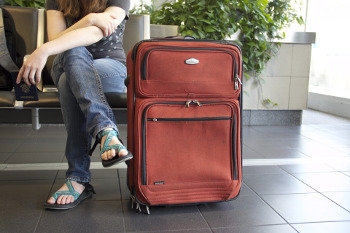 Premium processing of H-1B visas will be suspended from 3 April, the US Citizenship and Immigration Services says.

In a notice posted on its website, the USCIS said the suspension could last up to six months.

The premium processing allowed companies that applied for a H-1B visa and wanted it processed fast to file an additional form (Form I-907) and pay an additional US$1225 to have the process completed in 15 days. Processing an H-1B visa can take up to six months.

The USCIS notice said this action was being taken to enable the processing of long-pending petitions which had been delayed due to the increase in premium processing over the past few years.

Additionally, the notice said, there was a need for prioritising adjudication of H-1B extension cases that were nearing the 240-day mark.

US President Donald Trump has said he wants to change the visa issuing process so that Americans get preference in filling jobs. But his administration has not yet specified what changes will be made.

Following his election, Indian IT outsourcing firms have been nervously waiting to see what changes would be made. Estimates have shown that 86% of H-1B visas for IT-related jobs are issued to Indians. A total of 85,000 H-1B visas are issued each year.

Two bills on reform of the H-1B visa system are pending in the US Congress: one, the High-Skilled Integrity and Fairness Act of 2017, was moved by Democrat Zoe Lofgren. An alternative bill has been proposed by Republican Darrell Issa.

The USCIS decision will affect H-1B visa for FY18 as these cannot be filed before 3 April.

The announcement said companies could apply to have an application for a H-1B visa expedited, provided they met certain criteria.

Some commentators have argued that changes to the H-1B visa system will not affect US companies, provided no changes were made to the L-1B visa system.

The H-1B visa is a non-immigrant visa and allows US employers to temporarily employ foreign workers in high-skilled occupations.

More in this category: « Indian outsourcing firms nervous about US visa changes IT lobby group claims firms cheating on 457 visas »
Share News tips for the iTWire Journalists? Your tip will be anonymous