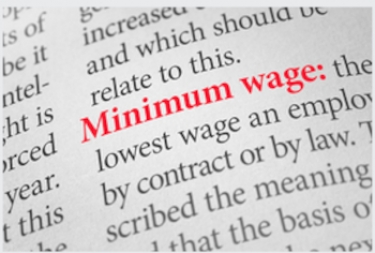 The US bid to put in place new wage rules for those employed on H-1B visas has been blocked by a court, with a federal judge in New Jersey granting a business group a preliminary injunction which prevents the US Department of Labour from putting the rule into practice.

The complaint was filed by the law firm Wasden Banias, which has a history of successful challenges to H-1B changes made by the current administration, the website Forbes reported.

The suit was filed on behalf of ITServe Alliance, a non-profit that has more than 1250 IT companies as members, Dots Technologies, Iflowsoft Solutions, Kolla Soft, NAM Info, Precision Technologies, Smart Works, and Zenith Services.

The new rule, announced in October, changed the conditions for H-1B visas, making them much less attractive to use. It prescribed a minimum salary level estimated to be US$208,000 (A$279,759), according to the National Foundation for American Policy, a non-profit dedicated to public policy research on trade, immigration, and other issues of national importance,

According to the rule, any existing H-1B visa will be renewed only on the new terms, and a visa will be cancelled if the conditions are not met.

Technology companies in the US are among the biggest users of H-1B visas, with workers from India forming a big proportion. Forbes said analysts had concluded that the aim of the rule was to price existing H-1B visa holders and international students who graduated from American universities out of the labour market.

The judge, Stanley Chesler, did not make any ruling relating to the substance of the rule; he concluded that the case would succeed because it was based on the reasoning that the rule was in violation of the Administrative Procedure Act as it was issued as "interim final" without providing sufficient time for public submissions before finalisation.

When the Department of Homeland Security announced the rule, it said: "The H-1B program was intended to allow employers to fill gaps in their workforce and remain competitive in the global economy. However, it has now expanded far beyond that, often to the detriment of US workers.

More in this category: « Latest H-1B rule changes will make it expensive to hire such workers: claim Trump's ban on H-1B visas ends, no renewal of measure »
Share News tips for the iTWire Journalists? Your tip will be anonymous