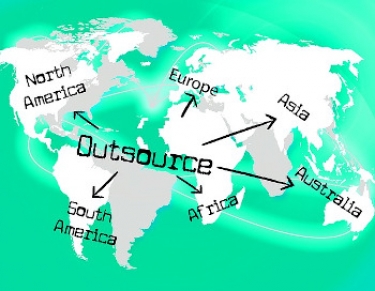 Recent changes to the condition for issuing H-1B visas, which many companies, predominantly those in the technology sector, use to bring in skilled workers from abroad, have made them much less attractive to use.

The October changes prescribed a minimum salary level, which the National Foundation for American Policy, a non-profit dedicated to public policy research on trade, immigration, and other issues of national importance, estimated would be US$208,000 (A$289,888).

Any existing H-1B visa will be renewed only on the new terms, and a worker's visa will be cancelled if the conditions are not met.

Indians form the largest percentage of H-1B workers in the tech industry and thus it is not surprising that 46 technology firms have challenged the new rules in court.

Big outfits like Microsoft, Google, Facebook and Amazon have filed briefs supporting the action. These companies benefit greatly from hiring staff on H-1B visas as they are generally paid much lower wages.

While its analysis found that a petroleum engineer would have to be paid 99.5% more than the prevailing wage at Level 1, computer research scientists, depending on their level, would need to be paid from 42% to 49%, an increase in the required annual salary of US$36,000 to $55,000.

When the Department of Homeland Security announced this new rule, it said: "The H-1B program was intended to allow employers to fill gaps in their workforce and remain competitive in the global economy. However it has now expanded far beyond that, often to the detriment of US workers.

More in this category: « US announces fresh restrictions on H-1B visas US judge blocks Trump bid to hike minimum pay for H-1B visa holders »
Share News tips for the iTWire Journalists? Your tip will be anonymous