IT outsourcers get most H-1B visas, pay the least Featured 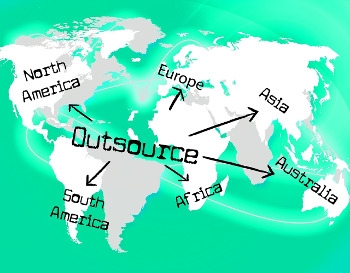 Major IT outsourcers in the United States obtain the lion's share of H-1B visas but pay wages that are below average, according to figures released by the US Citizenship and Immigration Services.

About 4000 companies submitted applications for H-1B visas in 2016 and the top 20 sponsors were granted 37% of visas, according to a report in Quartz India.

There has been a lot of debate over the H-1B programme in the US after the election of Donald Trump, with calls for the employment of more Americans rather than people from other countries.

Changes made by the USCIS to the criteria for granting these visas appear to have led to a drop in the number of applications this year. The USCIS received 199,000 applications for H-1B visas for the next fiscal year, compared to 236,000 received in 2016.

On 18 April, Trump issued an executive order on "buy American, hire American" to promote the hiring of Americans for jobs in preference to foreigners, provided there was local talent that could fill a vacancy.

A total of 85,000 H-1B visas are issued annually and are meant for companies to hire foreign workers who have specialised skills; such workers can spend a maximum of six years working in the US for a company that has sponsored them.

Other Indian companies like HCL America (3492), Tech Mahindra (3344) and Larsen and Toubro (1558) were also among the top 20 who were granted visas. IBM, which is partly an outsourcing company, was given 3569 visas while Deloitte Consulting, which falls into the same category, got 3114 visas.

The salary data provided by USCIS showed that among outsourcers Deloitte Consulting paid the highest wages at US$103,000. In comparison, the highest wage paid to an H-1B visa holder was by Apple, at US$139,000.

Indian outsourcers were way down the list: Infosys paid US$84,000 as did Cognizant and HCL America. Accenture came in lower at US$79,000 along with IBM.

Tech Mahindra was lower (US$77,000) along with Larsen & Toubro Infotech, with Wipro (US$74,000) and Tata Consultancy Services (US$72,000) almost at the bottom. Global firm Capgemini, represented by its US branch Capgemini America, also paid US$72,000.

Syntel, a Michigan-based company which uses development centres in India, paid even less - US$67,000.

The USCIS figures showed that companies like Apple and Google generally hired tech workers who were better qualified while IT outsourcers got lesser-qualified staff.

More in this category: « ITPA bid to obtain 457 visa data knocked back Relevance deprivation syndrome causes unrest at Infosys »
Share News tips for the iTWire Journalists? Your tip will be anonymous