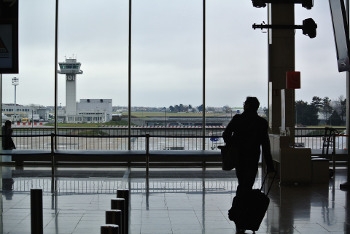 A lobby group for Australian IT workers has threatened to "name and shame" companies that it claims are exploiting the 457 visa system to bring in overseas workers at low salaries and keeping local IT graduates out.

The IT Professionals Association claims that the issue of 457 visas for IT positions has more than doubled over the last decade.

While 457 visas for IT workers grew by 136%, there was only a 2% rise in the same class of visas for all groups apart from IT, ITPA said, citing temporary work visa data from the data.gov.au website.

ITPA director Martin Hale called on the federal Department of Immigration and Border Control to make details of all future 457 visa applications for systems administration and IT support positions available so that the information could be disseminated.

“In the interim, the ITPA has asked our membership to advise us of examples of alleged abuses they encounter and if any claims are substantiated, we intend to alert the Immigration Department. If the identified 457 abuses are not rectified we will ‘name and shame’ the IT organisations involved to our 7000 members and the media," he said.

The ITPA claimed that if only entry-level positions like systems administrators and IT support were considered, then the number of 457 visas issued was up by nearly a factor of five.

The number of people hired from abroad for database and systems administrators, computer network professionals, ICT support and test engineers and ICT support technicians was 306 in 2005-06 and rose to 1790 in 2015-16.

“The ITPA has no issue with local IT organisations using 457 visas if they are genuinely unable to find suitable local candidates”, said Hale.

ITPA, a body that came into being last year and grew out of the former Systems Administrators Guild of Australia, claims to represent more than 7000 systems administration and IT support workers.

“What we are concerned about, however, is that many local IT organisations appear to be using 457 visas to hire international staff to work in entry-level IT support positions rather than hiring local graduates," Hale said.

Traditionally, IT support roles were a main entry point for IT graduates. But, he said, with the growing number being brought in on 457 visas, local IT graduates could not find work. "The number of students studying IT degrees at Australian tertiary institutions has dropped in the last decade," he added.

He expressed concern about the growth in tech firms that seemed to be exploiting the 457 visa system to displace local workers with IT staff from other countries who were willing to work for lower wages.

“The ITPA understands that IT is a growth industry and that therefore there is some need to supplement local candidates with suitably qualified internationals for some specialist roles. However, the health services sector is also growing and the number of 457 visas granted to health professionals (doctors, nurses etc.) has decreased by over 20% in the same 10-year period," Hale said.

More in this category: « US suspends premium processing of H-1B visas Alleged mastermind of Indian call-centre scam arrested »
Share News tips for the iTWire Journalists? Your tip will be anonymous