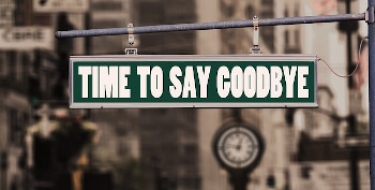 Indian outsourcing giant Infosys plans to cut about 12,000 staff at the middle and top of its organisation and flatten the employee structure, a report says.

The Economic Times said the firm would get rid of about 2200 senior managers, and between 4000 and 10,000 in its associate and mid-ranks.

Additionally, about 50 top-level executives would be asked to leave, the Indian newspaper reported.

The news comes in the wake of Cognizant, an US-based outsourcer that mostly depends on staff from India, saying that it would sack about 7000 staff in the next few quarters.

The company also plans to exit the content moderation business which would affect a further 6000 workers.

Infosys is in the middle of an internal investigation at the moment, with staff having alleged that it is fudging its financials and taking measures to make profits appear larger than what they actually are.

After these allegations were made, the company launched an internal probe to find out if there was substance to the claims.

Infosys has always had a high staff attrition rate, but the cuts this time appear to be targeted unlike in previous years when people were fired based on their performance.

The ET quoted Phil Fersht, chief executive of HfS Research in the US, as saying the cuts were taking place because customers needed staff with more complex skills.

“There is also a stronger appetite from several leading services firms to shift the global mix of delivery staff to onshore locations," Fersht said.

"Another trend we are seeing is an increased engagement (of customers) with the mid-cap services firms, such as Mphasis, LTI/Mindtree, Virtusa and Hexaware, which have lower overhead to support and a strong appetite to compete with the Tier-1s and are all enjoying healthy growth. The positive aspect is that most of these staffing shifts can be offset with natural attrition."

More in this category: « Whistleblowers allege Infosys CEO fudging figures, boosting profits US puts restrictions on H-1B visas, some other categories »
Share News tips for the iTWire Journalists? Your tip will be anonymous