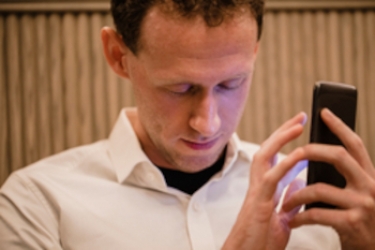 Indian outsourcing firms may be on a good wicket at the moment but could soon end up literally being caught in the slips due to the fact that their staff are unable to keep up with the changing technologies that companies that could become their clients have begun using.

The business of these companies has been affected by the coronavirus pandemic, with India having the third largest number of cases. But that is a blip on the screen compared to the drag caused by staff being left behind because they are unable to cope with the rapidly changing technologies that likely clients are using.

Since the mid-1990s, when Infosys made a name for itself as the first big Indian company as a provider of outsourced services, numerous others have come to the fore: Hindustan Computers Limited, Wipro, Satyam (which was bought by fellow outsourcing firm Tech Mahindra after it was involved in a massive scandal), Tata Consultancy Services and Cognizant (US based, but sourcing all its staff from India) have all done well for themselves.

The Economist said that the outsourcing firms were a rare Indian business success story, with their combined market capitalisation last year exceeding US$200 billion (A$281 billion or 14.9 trillion Indian rupees) and revenue being about US$180 billion, about 6% of India's gross domestic product.

There is no more money in running mainframes for clients, nor in helping businesses transition to the cloud. The use of artificial intelligence by these outsourcing firms is in its infancy and no company has been able to unearth that mythical killer app that would once again give them the edge they once enjoyed.

Multinationals, who were a big part of the outsourcing companies' client list, now appear to prefer setting up a subsidiary in India and doing the job in-house. In some cases, foreign firms even set up subsidiaries that do the outsourcing work for other foreign firms, with a prominent case being the American retail giant Walmart.

The Economist said this change was driven largely by the changing economics of technology. What once required hundreds of people could now be done with a fraction of the number due to vastly improved technology. And as companies found that developing their own technology was cheaper, even this function was no longer handed to the outsourcing firms.

But the Indian firms still retain their ability to solve common problems at modest cost; Infosys, for example, signed a 10-year deal with fund manager Vanguard this month.

And new leadership could find a fresh way of doing business that would give the sector the kick in the pants it has needed. HCL's founder stepped aside this month, handing over the reins to his daughter and in May, Wipro named Thierry Delaporte, an executive from the small French consultancy, Capgemini, as its chief executive. This new approach may help the Indian outsourcing sector regain some of its former clout. But then again, it may not.

More in this category: « Tata outsourcing chief slams Trump order on work visas US announces fresh restrictions on H-1B visas »
Share News tips for the iTWire Journalists? Your tip will be anonymous