Three dates, not one, to mark creation of Linux: Torvalds Featured 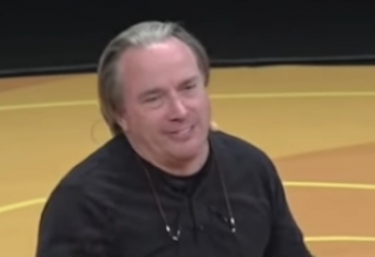 Linux creator Linus Torvalds says he has three anniversaries, not one, when it comes to marking the creation of the kernel that is now used all around the world.

August 25, 1991, was the date on which Torvalds posted a message to the comp.os.minix group, announcing that he was in the beginning stages of creating an operating system.

"I’m doing a (free) operating system (just a hobby, won’t be big and professional like gnu) for 386(486) AT clones. This has been brewing since April, and is starting to get ready," he wrote.

"I’d like any feedback on things people like/dislike in minix; as my OS resembles it somewhat (same physical layout of the file-system due to practical reasons)among other things.

"I’ve currently ported bash (1.08) an gcc (1.40), and things seem to work. This implies that I’ll get something practical within a few months, and I’d like to know what features most people want. Any suggestions are welcome, but I won’t promise I’ll implement them."

What happened thereafter is too well known to bear repeating - though many publications have done precisely that to mark three decades since the announcement was made.

Torvalds was amused when iTWire contacted him this morning, seeking his musings on what lies ahead for Linux. "Please take pity on me and send me some of your musings on what you see ahead. I'm sure you can come up with something, though this brouhaha must be driving you nuts as well," I wrote to the great man.

"Hah. I have it [the date August 25] in my calendar, I thought I was going to make a Linux kernel mailing list posting about it, and then today when the anniversary came around I decided simply not to – exactly because it's all been said before," Torvalds responded.

"So it's not that it's driving me nuts, and I actually appreciate the 30-year anniversary (the same way I thought previous round year anniversaries were quite nice).

"I like having been around for that long, and it's also nice how many other people have actually been around for almost that long. There's literally a few people who are still active and around that got involved in '91.

"But I just don't have anything new to say about it, I'm afraid. And while today is an anniversary date, it's not even the only one.

"This was the anniversary of the first public announcement, but it wasn't actually the actual first code drop. That came later – 17 September.

"And even that second anniversary isn't the 'last' anniversary, because the Linux 0.01 code drop on 17 September was only privately announced to people who had shown some interest from the first announcement.

"So the first actually public and real *announced* code drop was 5 October 1991, which is when 0.02 was dropped. So I actually have three anniversaries, and they are all equally valid in my mind."

More in this category: « Firms running CentOS need alternatives as support runs out in Dec Paragon NTFS driver included in Linux 5.15 release »
Share News tips for the iTWire Journalists? Your tip will be anonymous