The inner workings of openSUSE 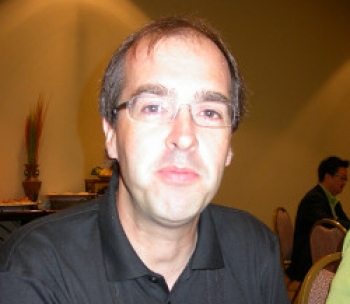 How does a company harness the efforts of outsiders who want to contribute to its software, without making things too unwieldy and difficult to manage within its own framework?

In the case of the open source company, SUSE, that sells a Linux distribution of the same name, the solution has been to create a community distribution, called openSUSE. The project kicked off in 2005, some time after Novell had bought the SUSE Linux company, which until then had been releasing code only about two months after a release had gone on sale.

As users of Linux turned more and more to the internet to download their distribution of choice, the model of selling a release as boxed sets and CDs became unprofitable; openSUSE was set up in order to serve as a development hot-house and spread the use of the distribution.

Andreas Jaeger (pictured above), the project manager for openSUSE, says that the appearance of Canonical's Ubuntu on the scene in October 2004 was a factor in spurring the creation of openSUSE.

Jaeger, who is in Orlando to attend the annual SUSECON, told iTWire that the aim of setting up openSUSE was to engage the community in the development process. He has been involved in openSUSE right from day one.

There are a number of employees of SUSE who are involved in the openSUSE project; there are also many outsiders who play a vital role. Jaeger says the project has a six-member board plus a chairman, with the latter being appointed by SUSE. The direction that the project takes is entirely determined by the project itself.

"The chairman has veto power, but so far has never had to exercise it," he said. "And I hope this never happens."

At the beginning there were about 10 to 15 people who decided how the project would be run, according to Jaeger. But they were not dedicated to this task alone. Later a dedicated openSUSE booster team, made up of 15 employees of SUSE, became active.

Outsiders who want to contribute code to the project can access the open build service and work in a private workplace. Then they can submit their contribution to a developer; if it is a new package, then the outsider can also become the maintainer of the package. After some checks and counter-checks, the package or code is accepted if it is found to be suitable.

Jaeger said that every month there would be at least 200 different people contributing in this manner to the project. "There are all kind of contributors - from QA to marketing to people who contribute graphics," he said.

"There are translators, more than 70 of them. All may not be active every month. Then we have around 150 ambassadors from 51 countries who may organise installfests, go to trade shows, give a talk here and there about openSUSE."

As to users, Jaeger said he had no firm figure about the number who utilise the distribution. According to available statistics for version 11.3 - which is quite some time back as 12.2 was released recently - there were more than six million unique IPs which visited the updates site, going by Apache logs for the site.

Asked about the impact openSUSE had on the enterprise distribution, Jaeger said there was anecdotal evidence that people sometimes migrated from one to the other.

Features are not always tested in openSUSE before they make their way into SUSE; at times, Jaeger says, depending on the scheduling of each distribution, a feature may appear in the enterprise distribution before it makes its way into the community distribution.

But most times things appear in openSUSE first; a recent example is the btrfs filesystem which made its appearance last November in openSUSE and then showed up in the enterprise distribution in March this year.

"openSUSE fits into the strategy of SUSE; it is a strategic investment," Jaeger says. "After SUSE became a separate business unit, openSUSE is a much more integral part of things.I never expected to hear it being mentioned in a keynote, but as you know it was." He was referring to the first keynote at SUSECON, delivered by SUSE president Nils Brauckmann.

Jaeger is happy with the way openSUSE is progressing. He has been with SUSE since 1999 and the 43-year-old father of two intends to continue there.

The writer is attending SUSECON as a guest of SUSE

More in this category: « But what happened to the desktop? Senior GNOME dev says users not being ignored »
Share News tips for the iTWire Journalists? Your tip will be anonymous