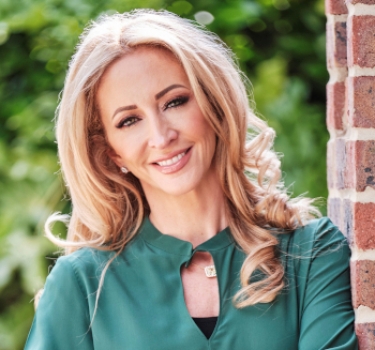 Melissa Di Donato: "As leaders, there is a time to speak out and take a stand when abhorrent decisions are made. That time is now." Supplied

German open source vendor SUSE has become the most prominent FOSS organisation to add its voice to the push for Free Software Foundation founder Richard Stallman and the entire FSF board to resign.

In a related development, the Free Software Foundation Europe, a sister organisation of the FSF, said it did not agree with Stallman's joining the board again.

SUSE has put its name as a company to the letter calling for Stallman to resign.

We are better than this. The world deserves better. As leaders, there is a time to speak out and take a stand when abhorrent decisions are made. That time is now. I am disappointed by the decision of the FSF and stand firmly against all forms of misogyny and bigotry.

In a tweet, SUSE chief executive Melissa Di Donato said: "We are better than this. The world deserves better. As leaders, there is a time to speak out and take a stand when abhorrent decisions are made. That time is now.

"I am disappointed by the decision of the FSF and stand firmly against all forms of misogyny and bigotry."

Stallman announced he was rejoining the board at the FSF's annual LibrePlanet conference on 19 March. He had stepped down from the position of CEO in 2019, following controversy over remarks he made about the victims of the late Jeffrey Epstein, an American financier and convicted sex offender.

An FSFE statement said: "We learnt through a public announcement that Richard Stallman is again part of the board of directors of the Free Software Foundation, one of our independent sister organisations. We disapprove of this step that came without any message of remorse or willingness to change.

"...as a legally and financially independent organisation, in which Richard Stallman has not had any decision-making powers, we call for his resignation from all FSF bodies."

Another big open source organisation, The Document Foundation, which looks after the office suite LibreOffice, said it had suspended the FSF's role on its advisory board and stop any collaborative activity with the body until a solution was found to the Stallman issue.

TDF said in a statement it had asked the FSF for details of the issue and a statement that confirms the organisation's commitment to TDF's core values.

"We are all perfectly aware of the consequences also for our project, given that the FSF is a member of our advisory board, TDF said.

"We clearly expect a strong evidence that the FSF found a proper solution to the severe impact their actions have had on the global free software community.

"We will suspend FSF‘s membership in our advisory board and cease any other activity with this organisation and their representatives, until the situation is healed."

Meanwhile, the list of individuals who signed the letter has grown to 2286 as of this writing.

Additionally, the head of the Debian GNU/Linux project, Jonathan Carter, called for discussion on a general resolution on signing the Stallman letter as an organisation to be reduced to a week.

Another Debian developer, Sruthi Chandran, who ran for the post of leader in 2020, has suggested that the organisation adopt a position statement similar to that issued by the FSFE, rather than the open letter.

iTWire has contacted the FSF for comment on what it intends to do in the face of this campaign.

More in this category: « Debian ponders vote as an organisation on backing Stallman's ouster Pro-Stallman group issues open letter, wants him to stay on FSF board »
Share News tips for the iTWire Journalists? Your tip will be anonymous