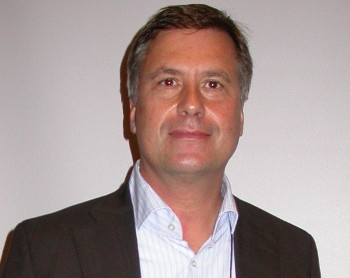 SUSE chief executive Nils Brauckmann: "Current IT trends make it clear that open source has become more important in the enterprise than ever before.” Sam Varghese

Open source firm SUSE has completed the process of acquisition by its fourth owner — Swedish growth investor EQT — and says it would now be the largest independent open source company, a status that Red Hat once enjoyed until it was bought by IBM.

In a statement, the company said it had expanded its executive team, added new leadership roles and experience to help stimulate growth.

EQT's purchase of SUSE, from British mainframe company Micro Focus, was announced on 3 July last year, making the company a standalone business once again, as it was before being bought by the British firm.

But in one respect, SUSE has not changed: it still has the same chief executive, Nils Brauckmann, to whom all the three aforementioned executives will report.

SUSE, the company behind the oldest Linux distribution, was first bought by Novell in 2003. It was then acquired by Attachmate in 2010 and taken private, when the company bought Novell.

In 2014, Micro Focus acquired SUSE from Attachmate along with the other properties that were part of Novell. The amount that Micro Focus earned from the SUSE sale — US$2.535 billion — was more than what it paid for Attachmate as a whole – US$2.35 billion.

“Current IT trends make it clear that open source has become more important in the enterprise than ever before,” said Brauckmann.

“We believe that makes our status as a truly independent open source company more important than ever. Our genuinely open, open source solutions, flexible business practices, lack of enforced vendor lock-in and exceptional service are more critical to customer and partner organisations, and our independence coincides with our single-minded focus on delivering what is best for them.

"Our ability to consistently meet these market demands creates a cycle of success, momentum and growth that allows SUSE to continue to deliver the innovation customers need to achieve their digital transformation goals and realise the hybrid and multi-cloud workload management they require to power their own continuous innovation, competitiveness and growth.”

The company said it transition was timely as containers were enabling new levels of agility, and the need for digital transformation built on open source software-defined infrastructure and application delivery technologies was growing.

EQT partner Johannes Reichel said, “SUSE’s market presence, strong leadership, focus on customer success and ability to partner successfully have been and will continue to be crucial as SUSE enters this next phase of its evolution. It is in the right place at the right time with the right resources to help transform the way organisations around the world do business.”

SUSE was breaking even during its Novell days, but began to report profits after it was given independence by Attachmate as a private company. After it became part of Micro Focus and thus a public entity, little has been heard of its individual financials.

More in this category: « Five in running for leader of Debian GNU/Linux project Debian members afraid to make or propose change, says leadership contender »
Share News tips for the iTWire Journalists? Your tip will be anonymous