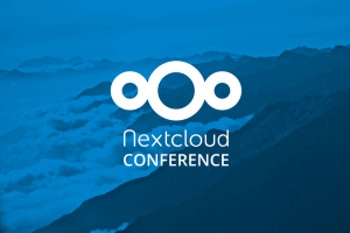 The open-source file syncing and sharing software company Nextcloud will hold its first company conference from 16 to 22 September in Berlin.

The chief executive of Canonical, Jane Silber, and the executive director of the Software Freedom Conservancy, Karen Sandler, will be the keynote speakers.

Silber joined Canonical, the company behind the Ubuntu GNU/Linux distribution, as chief operating officer in July 2004 and became CEO in 2010. Her keynote will be about recent Ubuntu and Canonical technologies and what makes technology work for users.

Niels Mache, the owner of Spreedbox, a company that has joined hands with Nextcloud, said: "It is amazing to have somebody of Jane's calibre speak at the Nextcloud Conference. The synthesis of technical, design and community leadership is key to success in the business of open source and Jane has more than a few words to say on the subject."

Sandler has considerable expertise in open source licensing and is a former executive director of the GNOME Foundation. She kickstarted the Outreachy project which now supports various minorities getting involved in a wide range of free and open source communities through sponsored internships.

She will speak on what makes open source projects so successful – how licensing, technology and people have joined to transform the world of computing.

Nextcloud managing director Frank Karlitschek commented: "We are very excited to have Karen deliver an address at the Nextcloud Conference. Diversity is key to innovation and maintaining a healthy project.

"While the legal insights Karen brings to the table is no less central to the longevity of projects. This is all about looking forward!"

Nextcloud has also said that it will reveal a cutting edge device, that will give users control of their data, offering a cloud and Internet of Things platform at home with a focus on security and privacy, at the launch party in Berlin on 16 September.

The list of talks that will be given at the conference is here.

More in this category: « New version of ReactOS can mount UNIX filesystems Linux project mum after man indicted for 2011 breach »
Share News tips for the iTWire Journalists? Your tip will be anonymous