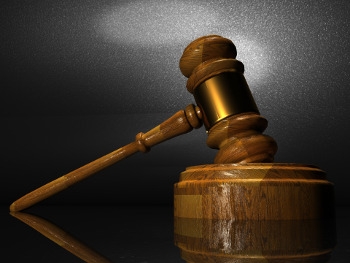 A few days after he mused that there had been no reason for him to blow his stack recently, Linux creator Linus Torvalds has directed a blast at the Software Freedom Conservancy and its distinguished technologist Bradley Kuhn over the question of enforcing compliance of the GNU General Public Licence.

Torvalds' rant came on Friday, as usual on a mailing list and on a thread which was started by Software Freedom Conservancy head Karen Sandler on Wednesday last week. She suggested that LinuxCon in Toronto, held from Monday to Thursday, also include a session on GPL enforcement.

In an interview with iTWire last week to mark the 25th birthday of the kernel, Torvalds had expressed similar views about the GPL to what he did on Friday, though his language was extremely temperate on that occasion.

Kernel developer Christoph Hellwig lost a GPL case against virtualisation company VMware in the first week of August, having alleged that the company had been using his code from the Busybox utility without providing source. Last month the SFC had highlighted the case of another developer, Patrick McHardy, alleging that he is using GPL enforcement to make money.

Thus, GPL enforcement is in the news, even though most mainstream Linux websites avoid reporting on what they consider negative aspects of life in the FOSS community. iTWire was conspicuous by its reporting of Hellwig's loss.

Early on in the discussion, which is well worth reading, a number of developers cautioned that while discussing enforcement issues was topical and necessary, doing it at a conference of this kind could well lead to people who took part being deposed later on by lawyers for their own cases.

Sandler's request was denied by senior developer Greg Kroah-Hartman, who was more inclined to the view that GPL violations could be tackled from within a company, rather than by lawsuits. As the discussion continued, Kroah-Hartman, whose appearance belies his gentleness, made an impassioned plea for tackling the matter as he had suggested.

Responding to Kuhn, who said: "In response, we have two options: we can all decide to give up on the GPL, or we can enforce it in Courts", Kroah-Hartman said, in an uncharacteristic outburst, "I call bullshit on this. And frankly, I'm tired of hearing it, as it's completely incorrect and trivialises the effort that thousands of people have been doing for 25+ years to preserve the rights that the GPL grants us."

And he added, in part: "By working with people, and showing them the BENEFIT of the GPL, we grow our community, ensure our survival, and win converts to the licence itself as now those people have a stake in it as their company relies on it."

At this point, Matthew Garrett, a former kernel developer and someone who was not attending LinuxCon, joined the discussion, pushing his view that a militant approach was better.

Perhaps Torvalds was annoyed by this; after all, he has had sharp words for Garrett on a previous occasion. Whatever the reason, Torvalds, who is not a member of the mailing list, responded soon after, and backed Kroah-Hartman to the hilt, describing the latter's earlier response as "a thing of beauty".

He backed the proposal to have a discussion on GPL enforcement but said no lawyers should be present, only developers. "I personally think this arguing for lawyering has become a nasty festering disease, and the SFC and Bradley Kuhn has been the Typhoid Mary spreading the disease," Torvalds said.

Typhoid Mary refers to Mary Mallon, a woman who was responsible for infecting 51 people with typhoid as she was the first American to become an asymptomatic carrier of the disease in the early 1900s.

"...quite apart from the risk of loss in a court, the real risk is something that happens whether you win or lose, and in fact whether you go to court or just threaten: the loss of community, and in particular exactly the kind of community that can (and does) help. You lose your friends.

"Because lawsuits — and even threats of lawsuits — make companies way less likely to see you as a good guy. Even when you're threatening somebody else, everybody else around the target starts getting really, really antsy."

After Garrett responded, Torvalds again pushed his argument about getting people to co-operate on GPL compliance by working from within a company, pointing out that the person who had filed the initial case about GPL violations in Busybox now regretted having done so.

Samba developer Jeremy Allison, who is on the board of the SFC, joined the discussion late, and pointed out that despite the Samba project having participated in the EU lawsuit against Microsoft, developers in Redmond and he were on good terms now.

"Samba and the FSFE were the last entities standing in the Microsoft vs EU anti-trust lawsuit. We even helped cost them over US$1b in fines. Next month I'll be going up to my second invite-only Microsoft plugfest of the year – this one set up specifically for the team that sued them. I'll be visiting several of my friends there, including one of their lawyers (although the rest of them are engineers," he wrote.

Overall, there was agreement on the need to carry on talks in private over GPL enforcement, rather than make a song and dance about it.

More in this category: « Brave browser aims for 1.0 release this year New version of ReactOS can mount UNIX filesystems »
Share News tips for the iTWire Journalists? Your tip will be anonymous