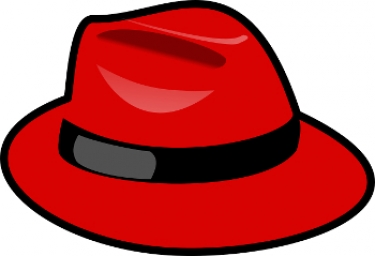 Less than a year and a half after it was bought by IBM, the biggest open source company Red Hat has killed off CentOS, once an independent project but since January 2014 a part of Red Hat itself.

In an announcement on Tuesday, Red Hat's Rich Bowen said CentOS Linux 8, as a rebuild of Red Hat Enterprise Linux 8, would be decommissioned at the end of 2021.

Note to self: If a big vendor such as Oracle, IBM, MS, and others buys your fav software, start the migration procedure ASAP.

This means that CentOS will stop being a stable distribution, but instead will serve as a testing ground for Red Hat. Support for CentOS 7 will continue, but support for CentOS 8 will end on 31 December 2021.

Red Hat has long maintained two distributions, Fedora and RHEL, the former being free and the latter requiring a licence which costs in the thousands.

The timeline *you published* for CentOS 8 stated May 2029 as the EOL for it. NOT December 2021. There is no way we can change our plans for the future with this short notice. The WHOLE IDEA of CentOS was an environment that wouldn't change for a long time. This is NOT that.

CentOS users have not taken kindly to the decision, with one saying: "This is dumb. The entire premise and the only reason anyone uses CentOS is because it's rebuilt RHEL. Congratulations on undermining that, nitwits."

Another said: "What an unprecedented betrayal of a FOSS community. Looks like my decades of using RHEL/CentOS are coming to an end because they simply can’t be trusted."

A third, Sam Callis, wrote: "I have been using CentOS for over 10 years and one of the things I loved about it was how stable it has been. Now, instead of being a stable release, it is changing to the beta testing ground for RHEL 8. And instead of 10 years of a support you need to update to the latest dot release. This has me, very concerned."

My off the cuff reaction to the CentOS announcements around CentOS and CentOS Stream is that we won't be using CentOS going forward. With five years (or less) of release support, we might as well use Ubuntu like our other servers.

And a fourth, Jason, echoed similar statements, saying: "This is disappointing and frustrating. If I wanted something that tracked ahead of RHEL, I would use Fedora. I use CentOS because it tracks after RHEL, with all of the benefits thereof.

"That said, how is CentOS Stream different from Fedora since they both track ahead of RHEL and therefore seem to meet the same need, and how does it provide value for us, the end users?"

Another user, Matt Phelps, accused Red Hat of a breach of trust. "This is a breach of trust from the already published timeline of CentOS 8 where the EOL was May 2029. One year's notice for such a massive change is unacceptable. Move this approach to CentOS 9."

More in this category: « Pandemic did not get in the way of Linux reaching a million commits CentOS founder's new distro, Rocky Linux, to replace what Red Hat killed »
Share News tips for the iTWire Journalists? Your tip will be anonymous